The Tower of London and Hampton Court Palace 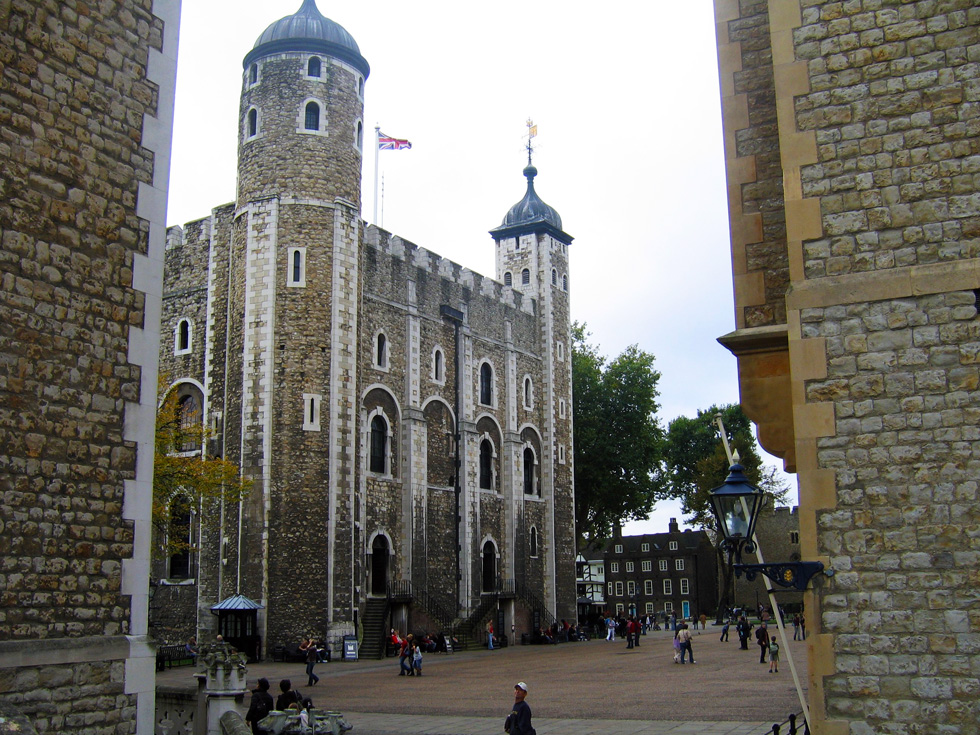 The most influential men and women of their time have lived – and died – within these walls. And in most cases, the power they held lasted very briefly.

Their names are familiar from our history books.

Ann Boleyn, second wife of Henry VIII, began her reign in pomp and circumstance, but made the journey to the Tower through Traitor’s Gate after only 1000 days. On the green sward, she was beheaded by a special executioner brought from France. 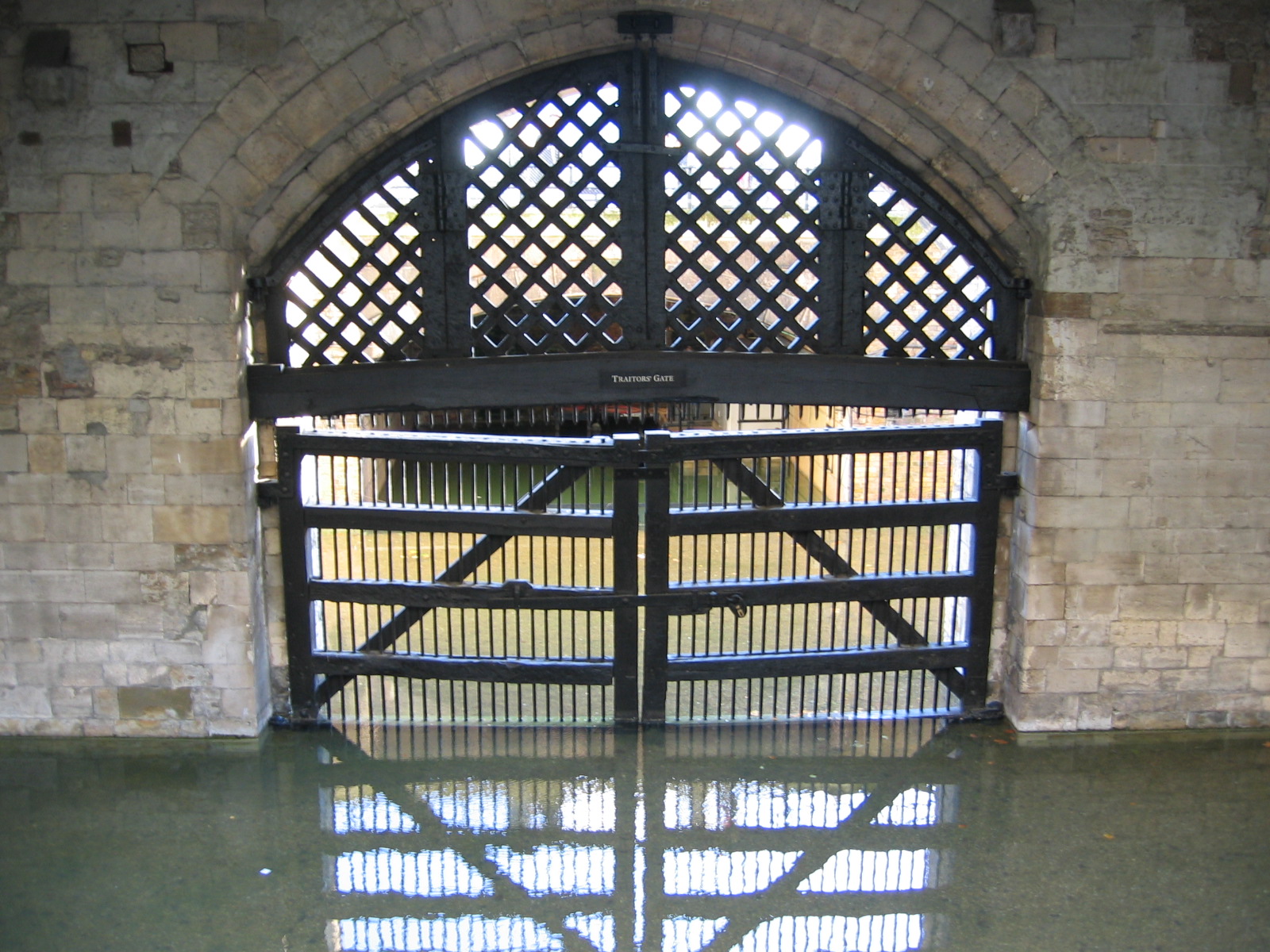 Traitor’s Gate through which captives were rowed into the Tower.

Sir Walter Raleigh also spent 15 years, on and off, imprisoned here. He is credited with introducing tobacco from the New World to Europe, for which act alone he probably merited execution. But he was actually beheaded for treason.

Other famous prisoners of the Tower include the Scot’s hero, William Wallace , AKA Braveheart; Henry VI whose power was usurped by Edward IV; St. Thomas More who had the audacity to oppose Henry VIII in his bid to divorce one of his hapless brides; and the infamous Guy Fawkes, whose Gunpowder Plot to blow up the Parliament is still celebrated with bonfires and fireworks each November. 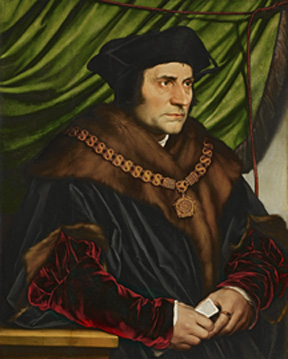 The ravens are still here

Today, the Tower of London is a peaceful spot, crowded with visitors and costumed interpreters. The famous ravens still dart on the grass. Legend says that should these birds ever depart the Tower, the monarchy will fall. They won’t. The Royal Family has ensured their continued residence by clipping their wings.

Despite its bloody history, the Tower of London began life as a royal residence built by William the Conqueror who began building in 1078 but never lived to see its completion. William’s residence is still at the centre of the complex and served as a royal residence for many kings after him. Here it was that the little princes, sons of Edward IV, disappeared, probably murdered. In the 17th century workmen repairing a stairwell found the bones of two boys of about the right ages. 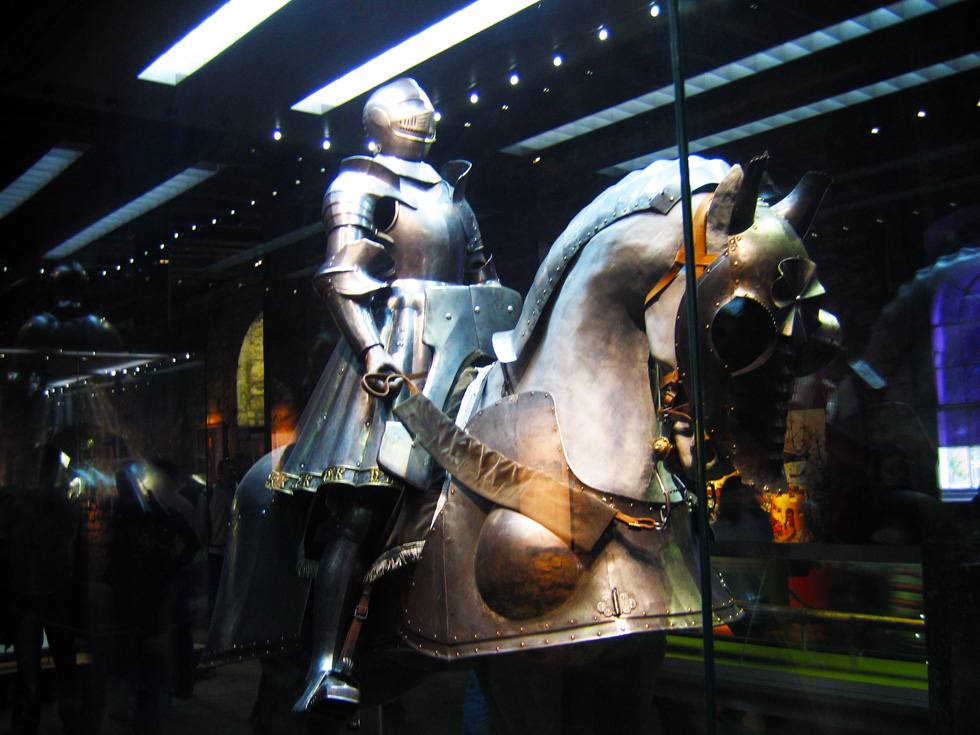 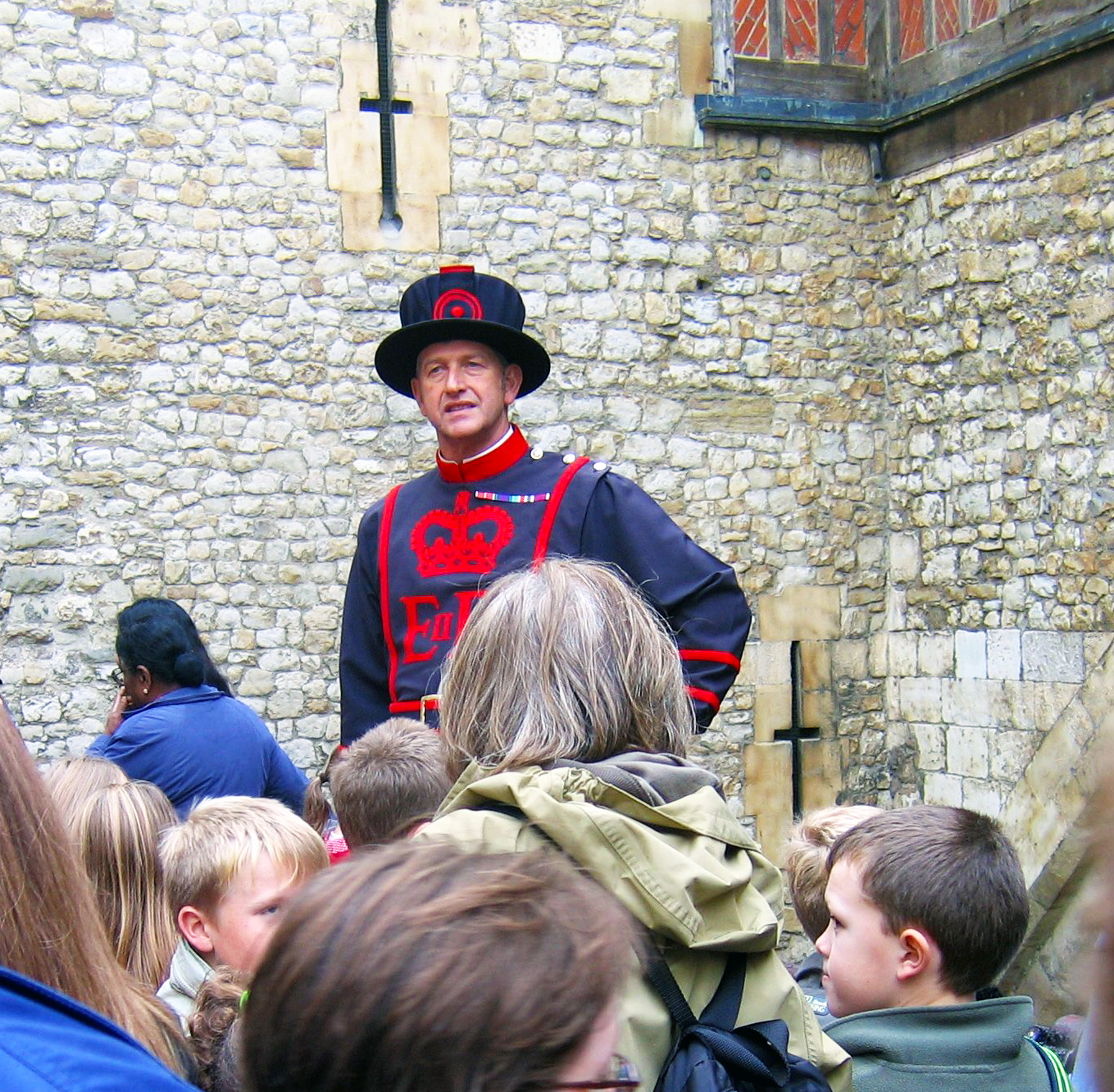 The Crown Jewels currently reside in the Tower of London. This glittering collection is part of your tour and definitely worth a peek as it includes the fabulous diamond, the Ko-hi-noor, one of the world’s largest. The collection sits in cases alongside a moving walkway so people can’t stand for ages in one spot, holding up the queue. You can, however, return for a second look. 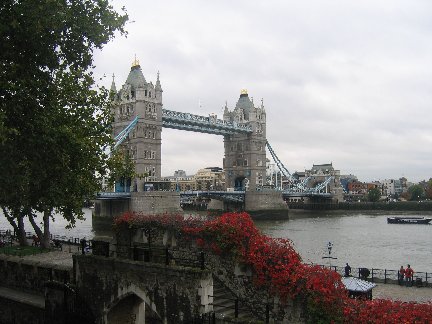 Look for the staircase near the entrance that takes you up to the battlements of the Tower. From here you’ll find a wonderful view of Tower Bridge, often mistakenly called London Bridge. From here too, you can see clearly the Tudor buildings and ancient towers which make up this complex.

The Tudor period, filled with intrigue – and plenty of beheadings – is one of England’s best loved. And nothing typifies this period like another royal residence, Hampton Court Palace. First built by Thomas, Cardinal Wolsey as his personal palace, Henry VIII decided he wanted it and on Wolsey’s fall from grace, he simply took it over. 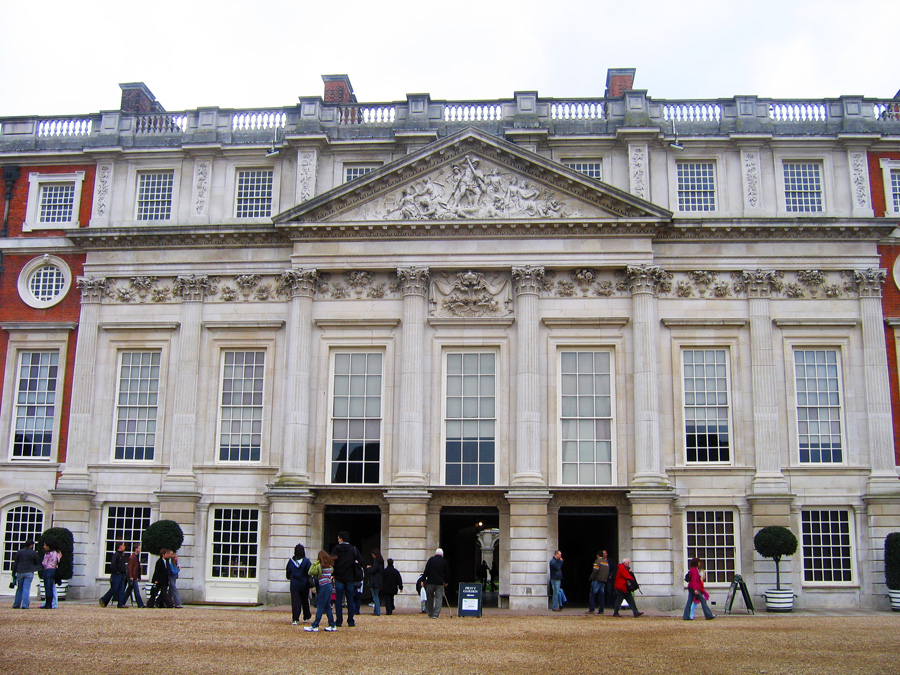 Like the Tower, it has its resident ghosts. Jane Seymour, who died giving birth to Edward, Henry VIII’s only son, is said to roam the staircase. And many claim to have heard the screams of Catherine Howard in the Long Gallery. Henry’s adulterous wife apparently ran to find him when convicted of treason and was dragged screaming from his door in that corridor. 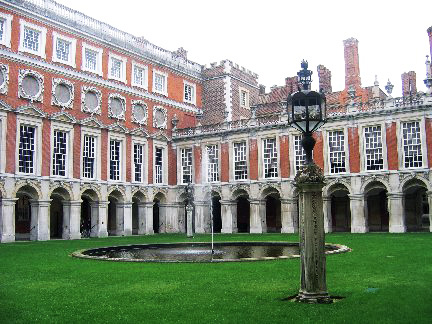 The kitchens provide a fascinating tour and an opportunity to explore royal Tudor menus. With Henry’s prodigious appetite (and expanding girth) to feed, the kitchens were extensive. Pick up an audio guide (free) at the information centre and click on as many of the extra descriptions as you can. You’ll get a wonderful glimpse into that period. 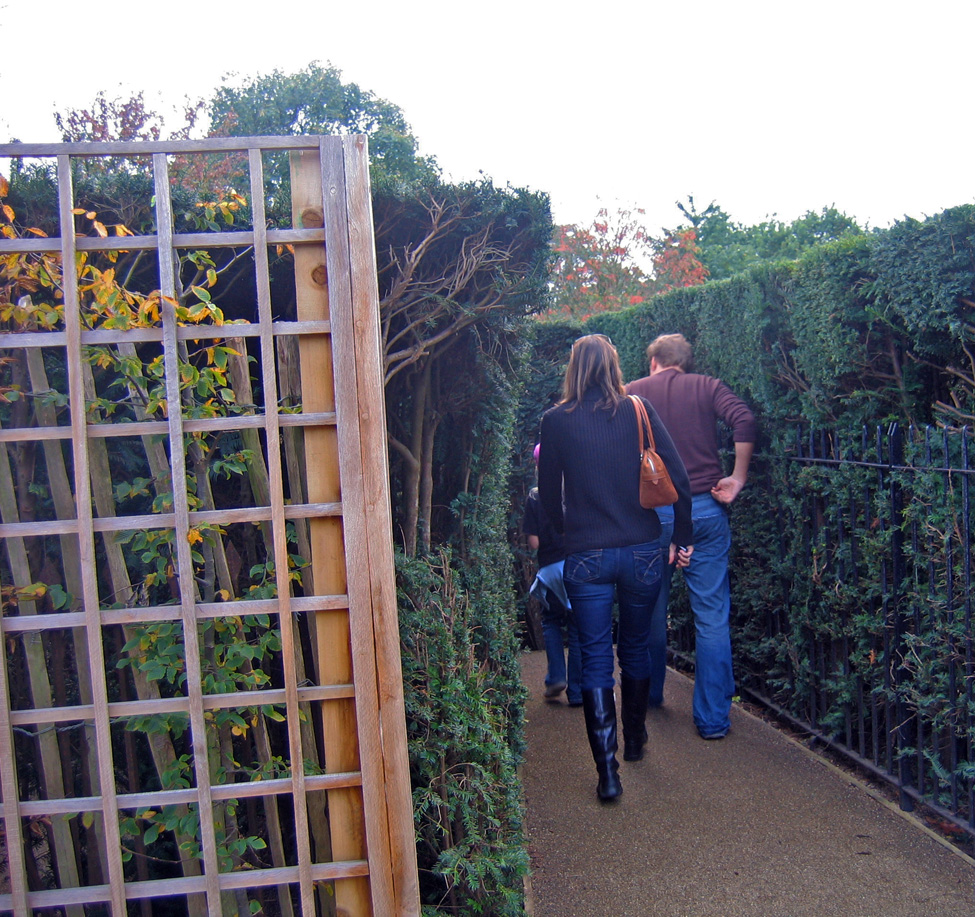 And don’t forget to visit the Maze on the grounds. Finding your way to the centre is definitely a challenge and just a little humiliating when children manage to do it more quickly than you do.