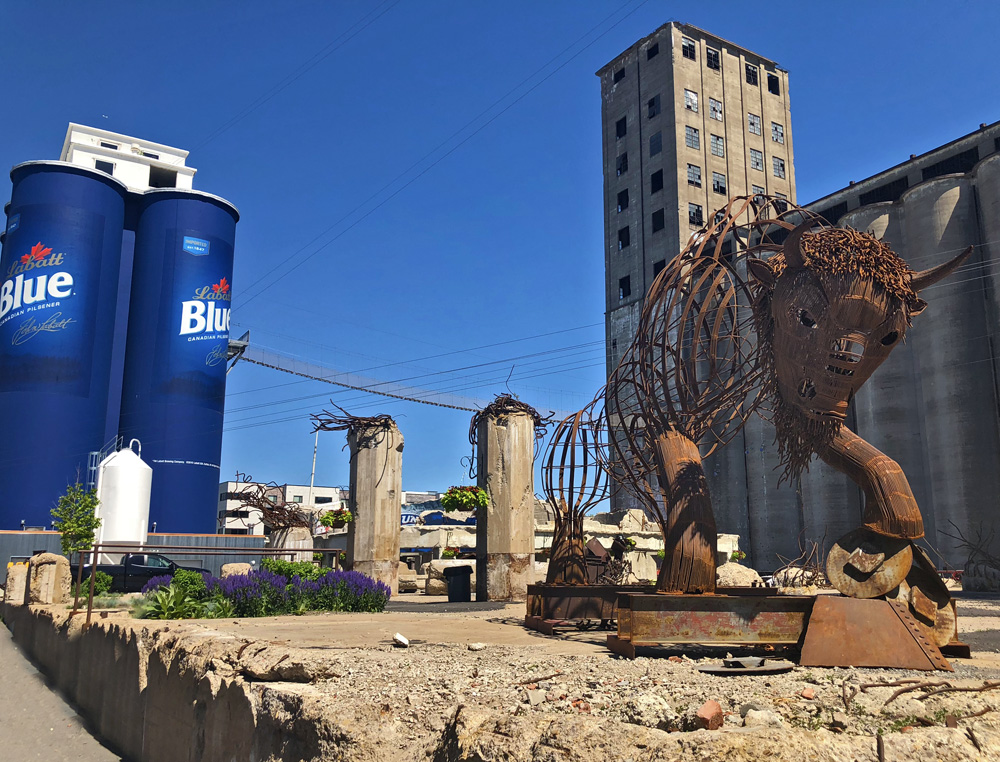 Now a recreational and dining area, Riverworks is the rebirth of the old grain silos by the river.

In 1813, the British in Upper Canada burned the tiny village of Buffalo to the ground. It rose from the ashes – bigger and stronger than ever. In fact, Buffalo was the first city in America to be electrified. In the late 1800s, when the rest of the continent was in the dark, Buffalo was all lit up.

Sadly, by the mid-20th century, progress elsewhere re-routed ships and business away from the Erie Canal and Buffalo found itself with abandoned silos, warehouses, office buildings, and homes. While other American cities tore down their 19th century masterpieces to make way for glass and concrete, Buffalo had little incentive to do this. 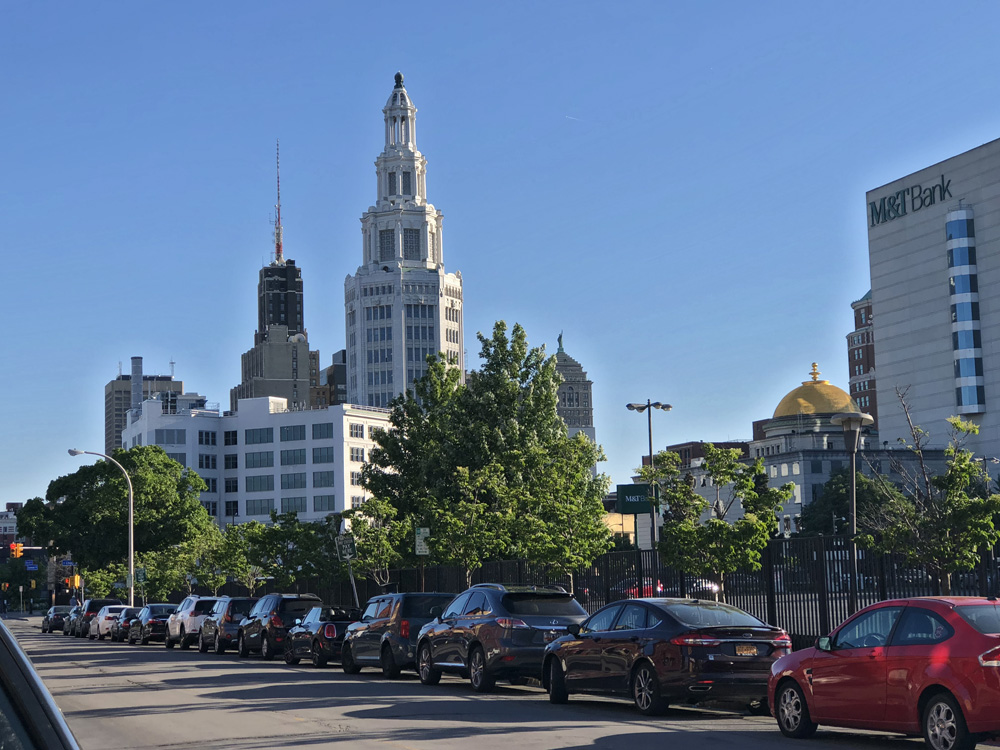 But you can’t keep a great city down. Buffalo is thriving once more. Today, there are a lot of good reasons to visit. Don’t believe me? Check out these cool things you might not have known about Buffalo. 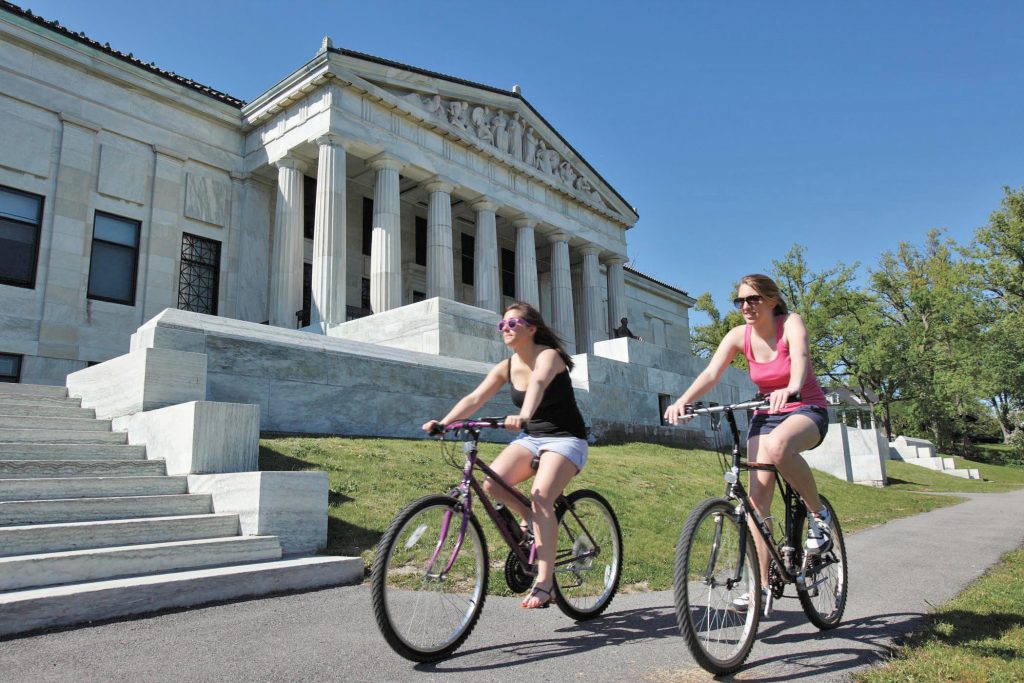 1.  Did you know that Buffalo’s unusual ‘park city’ design was the work of America’s greatest landscape architect, Frederick Law Olmstead? Olmstead also designed Mount Royal Park in Montreal and Central Park in New York. In Buffalo, he designed a system of parks and parkways that was the first of its kind in America. 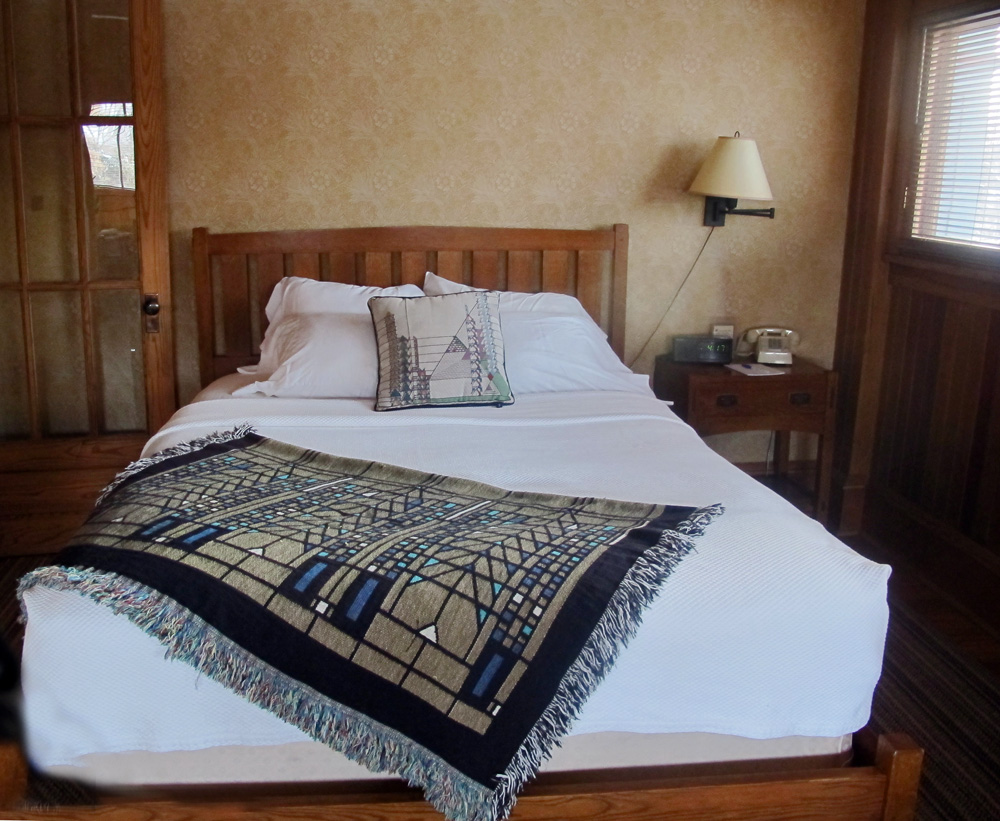 Bedroom in the Roycroft Inn

2.  Did you know that the Arts and Crafts Movement first came to America through Buffalo? Elbert Hubbard was a partner in the Larkin Soap Company in Buffalo. On a visit to England he met William Morris. Hubbard returned to Buffalo and began recruiting America’s finest craftsmen – printers, book designers, painters, sculptors, furniture makers, metalsmiths, photographers, potters, leatherworkers and writers. He created the Roycroft Campus; by 1902, it was a cauldron of creative activity. In recent years, the campus has found new energy and many of its buildings are being restored. The magnificent Roycroft Inn, a 1905 masterpiece of Arts and Crafts architecture, is the ideal place to stay to enjoy the full experience. 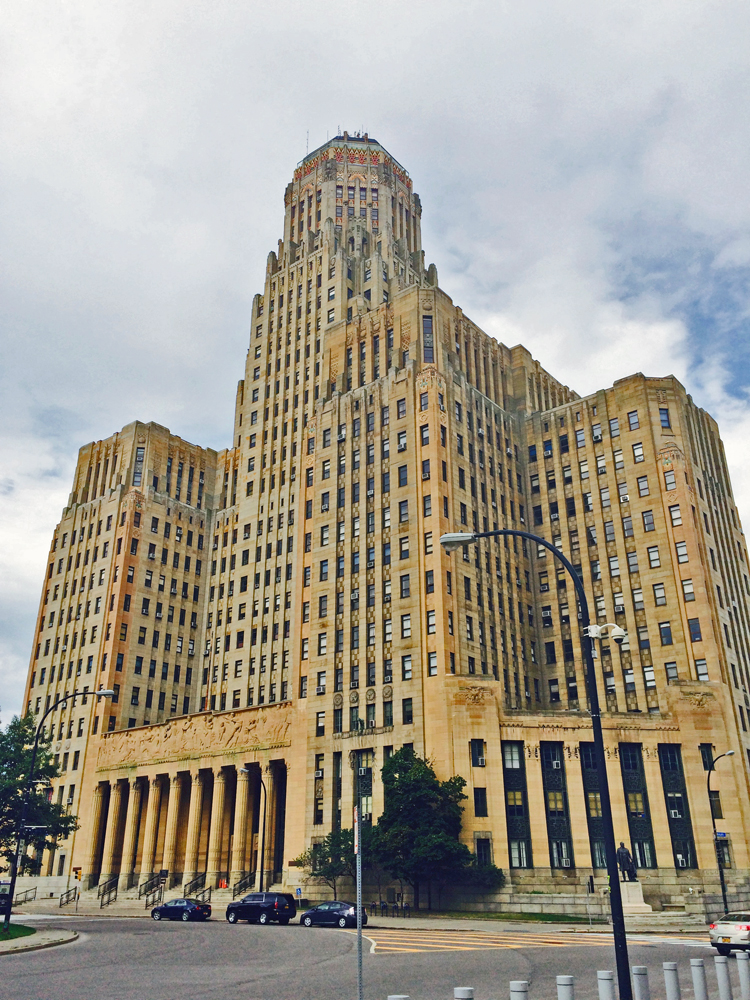 3.  Remember that Buffalo didn’t demolish its magnificent 19th century buildings. Did you know Buffalo has the distinction of being the only city in America to still boast buildings designed by all three American architectural giants: Louis Sullivan and H.H. Richardson and Frank Lloyd Wright? It is also home to a large collection of Art Deco and Beaux-Arts style buildings, including the City Hall. 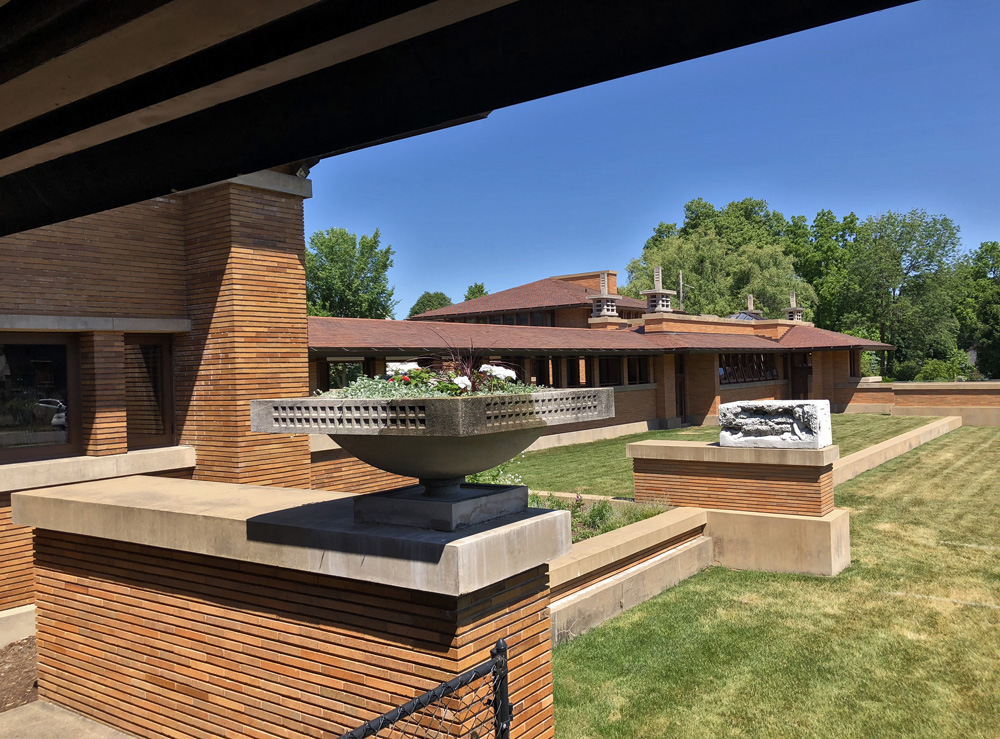 4.  Did you know that a home for Buffalo industrialist Darwin Martin was Frank Lloyd Wright’s first commission outside Chicago? In 1904, Martin gave the charismatic architect an opportunity to incorporate all his best ideas into one remarkable house. 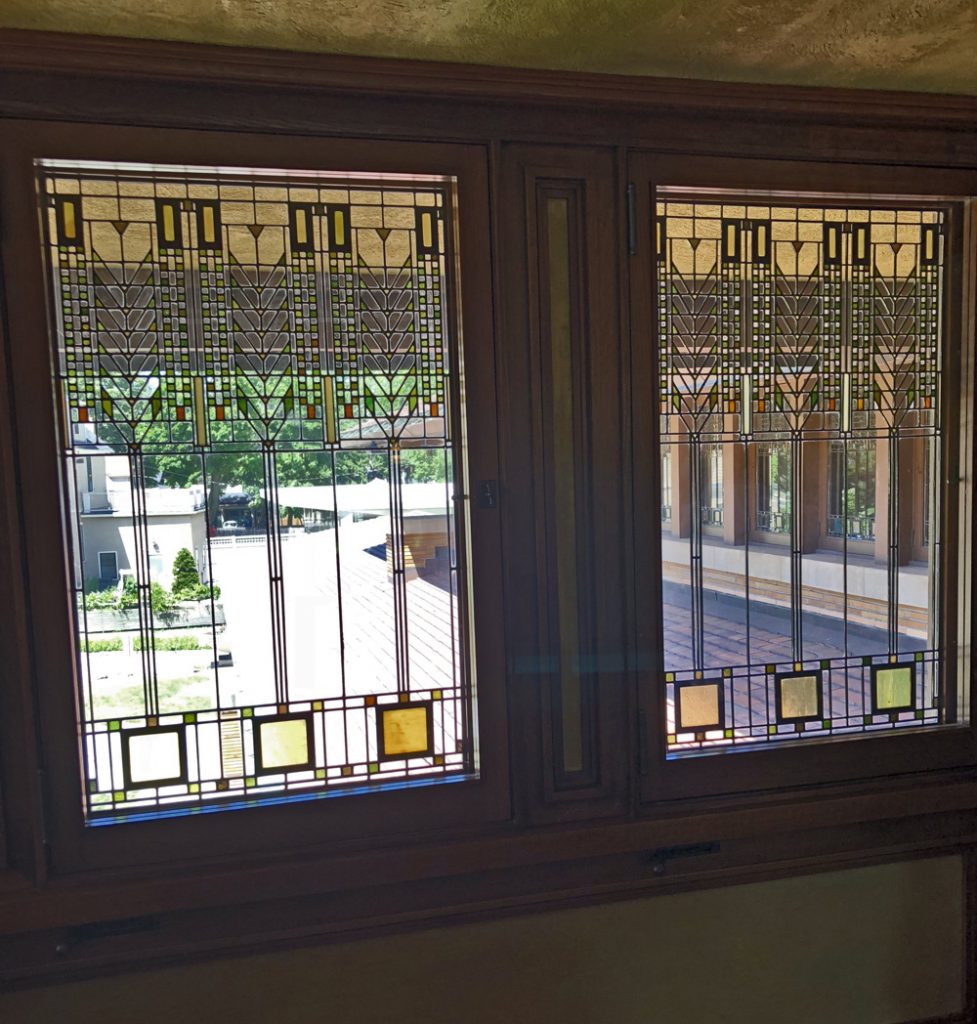 Stained glass windows in the bedroom of the Darwin Martin House

Now open to the public, with most of its nearly 400 art glass windows reinstated, the Martin House also boasts much of the original Wright-designed furniture. 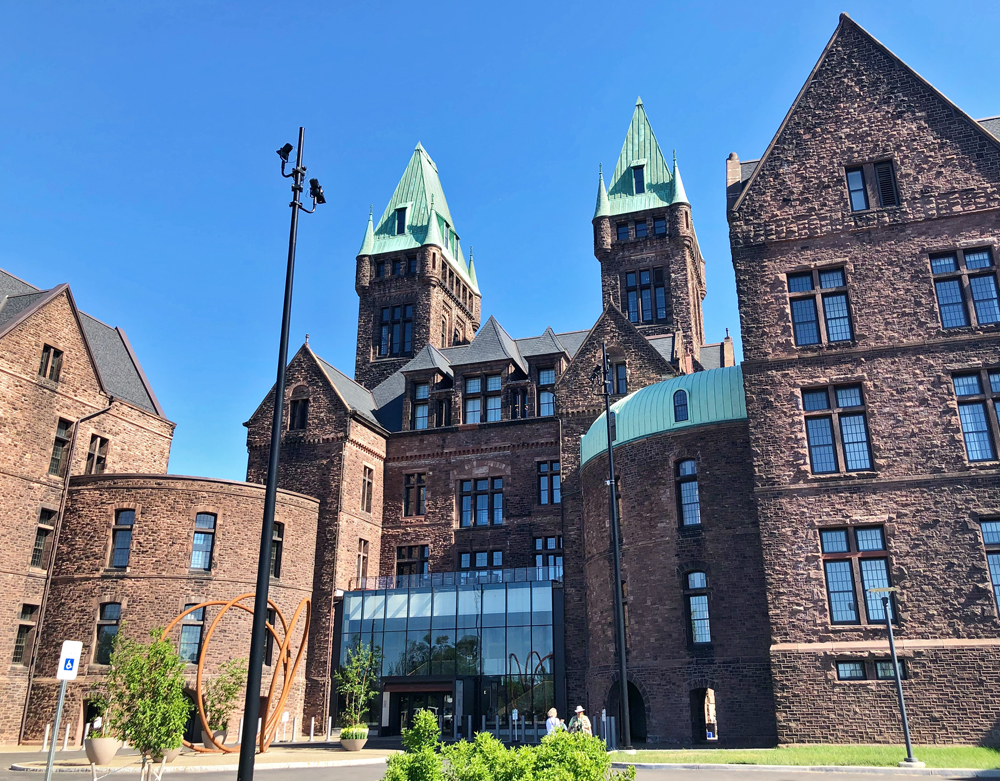 5.  Did you know that the Hotel Henry in Buffalo was once a mental institution? Built in 1870, it was designed by Henry Hobart Richardson to the Kirkbride plan. Kirkbride was a progressive doctor who believed in fresh air, light filled rooms and wide hallways where the residents could gather and mingle. The Hotel Henry incorporates only three wings of the original magnificent Victorian building; another 10 buildings are awaiting refurbishment. 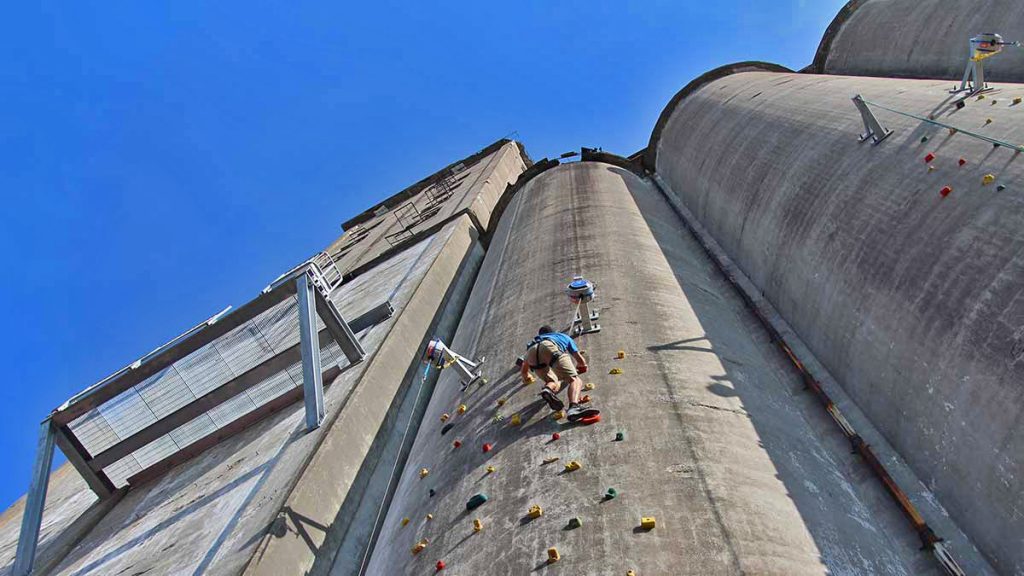 Climbing the silos at Riverworks

6.  Did you know you can climb up the interior and exterior walls of some of Buffalo’s grain silos? Indeed, the deserted silo complex has been redeveloped as Buffalo Riverworks, with hockey rinks; zipline; rope challenge; kayak and water bike rentals; and much more. For the less adventurous, there’s a lovely patio overlooking the water, the ideal spot to enjoy some local brew and chicken wings. 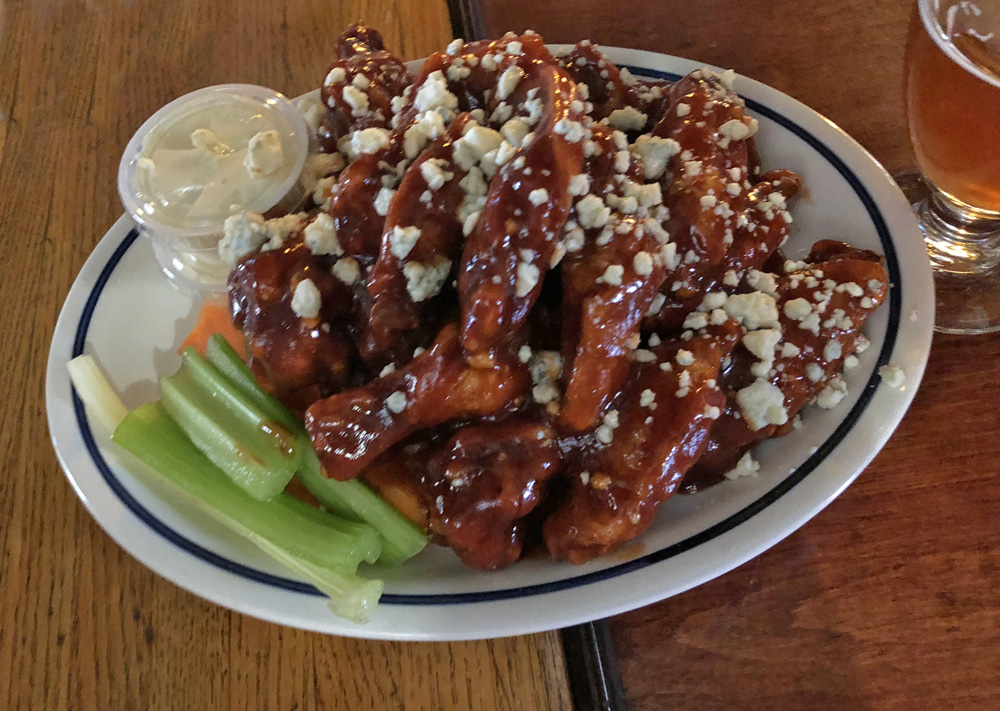 7.  Speaking of wings, did you know there’s an annual Wing Festival in Buffalo every September? Chicken wings were invented in 1964 at the Anchor Bar here. Legend has it that Teressa Bellissimo invented the dish out of necessity when they accidentally received a shipment of wings instead of other chicken parts. She created her own sauce for them and put celery and blue cheese on the side. You have to give her full marks for ingenuity. Today, you’ll find wings in virtually every bar in America, and each has its own recipe. In Buffalo, there’s a Wing Trail with about a dozen pubs on the list. The flavour variations are astounding. At Gene McCarthy’s, keep the wet wipes handy if you try their saucy wings made with blue cheese. Want to try making your own? Try this recipe. 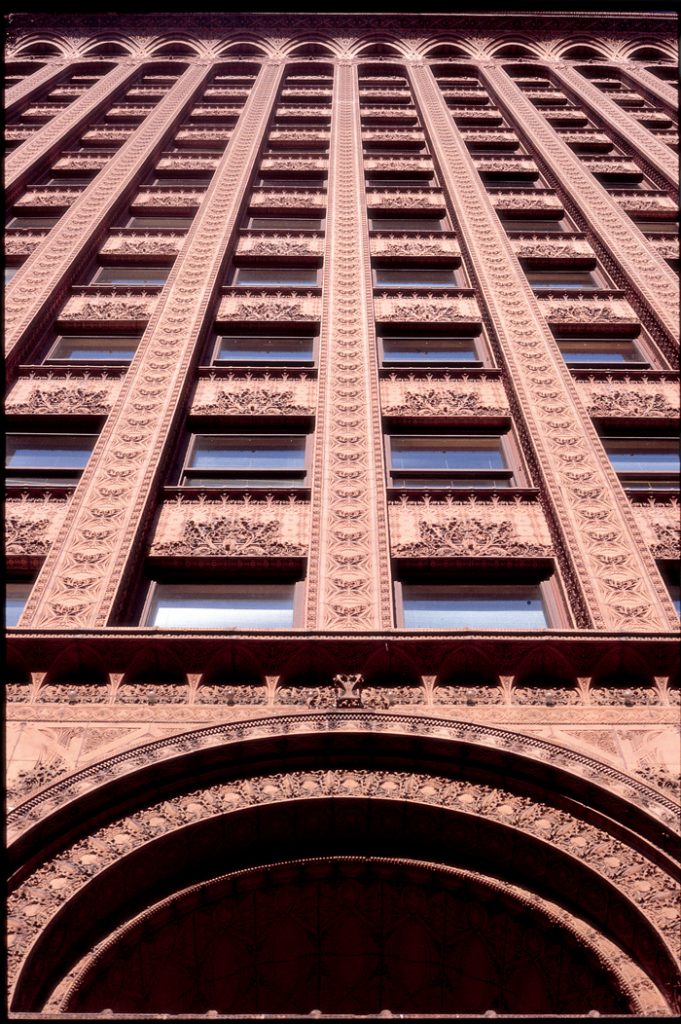 8.  Did you know that Buffalo’s newly restored  Guaranty Building is one of the few remaining buildings in America designed by Louis Sullivan? The legacy of the architect who became known as the spiritual father of the American skyscraper, has mostly been torn down. Chicago demolished his Stock Exchange and while St. Louis saved his Wainwright Building, it was altered beyond recognition to become city offices. 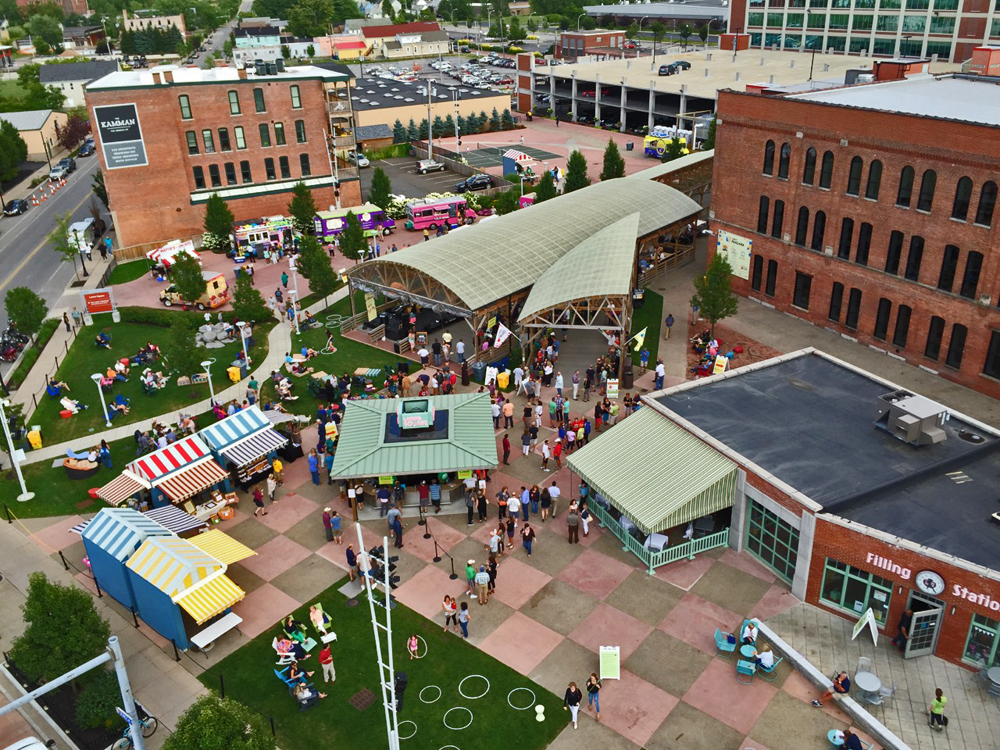 9.  Did you know Buffalo’s restaurant scene is booming? Burmese, Thai, Ethiopian and other ethnic groups have found refuge in this city and brought their cuisines along with them. And young chefs from around the country, attracted by low real estate prices, have opened innovative restaurants here. There’s even an amazing Food Truck gathering at Larkin Square (home of the old Larkin Soap factory) every Tuesday evening during the summer. Trucks come from all around the region – and so do the diners! 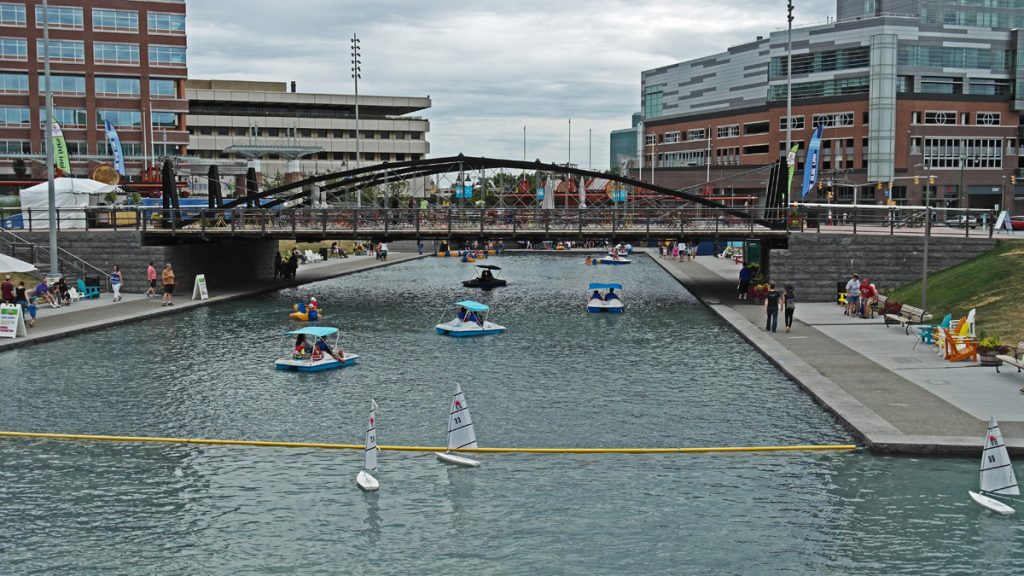 10.  Did you know the Erie Canal ended in Buffalo? Now known as Canalside, the area is home to a park with activities all year long. Hire a pedal boat, take part in yoga, or munch beef on weck (Buffalo’s other iconic food) and enjoy a concert. 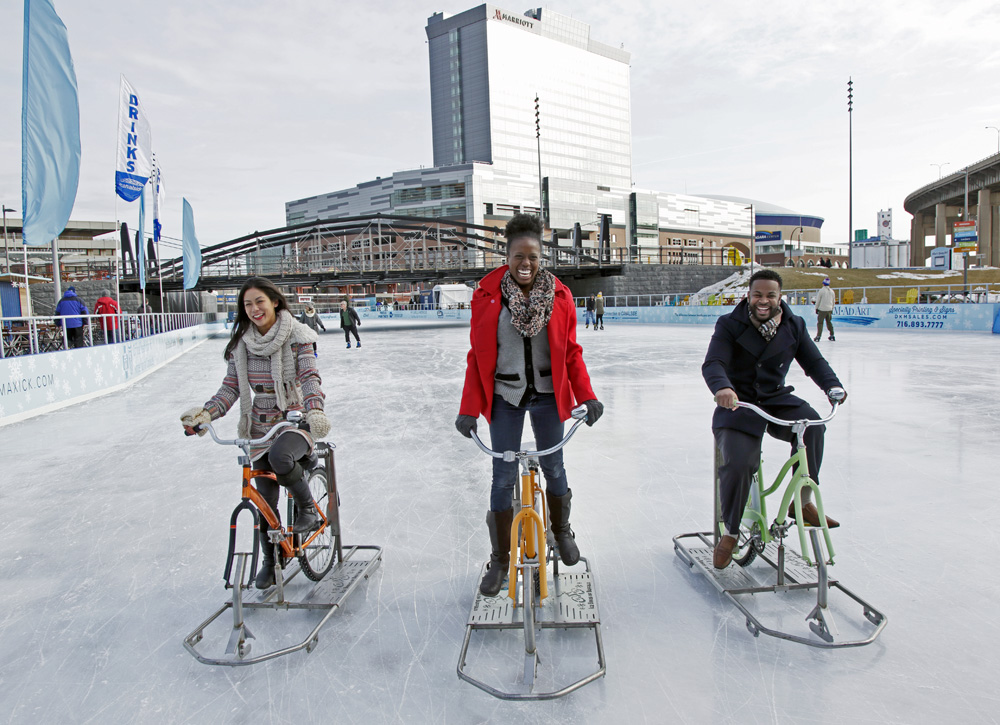 In winter, bring your skates or rent a skate bike to whiz along the frozen canal. It’s all about bringing people outside whatever the season.

Frank Lloyd Wright designed in Pennsylvania too. Check here for more about his designs.