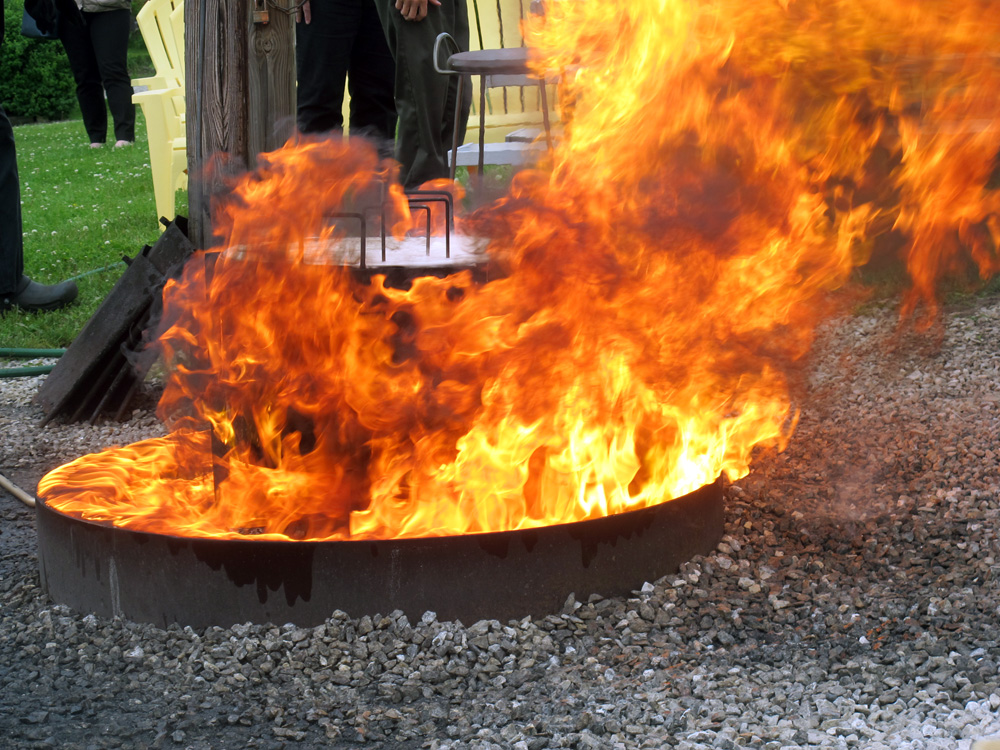 Boiled fish?! My first reaction is, “Yuck!” But here in Door County, Wisconsin, the fish boil is a tradition.

Originally designed to serve large numbers of lumberjacks or fishermen, this simple meal has become something of an art form. The art is not in the ingredients, I hasten to add. Potatoes, onions, fish, salt, nothing could be simpler – or more boring. The art comes in the work of the ‘Boil Master’. And the Boil Master here at Rowley’s Bay Resort is Dan Cegelski, an acknowledged expert at the craft. 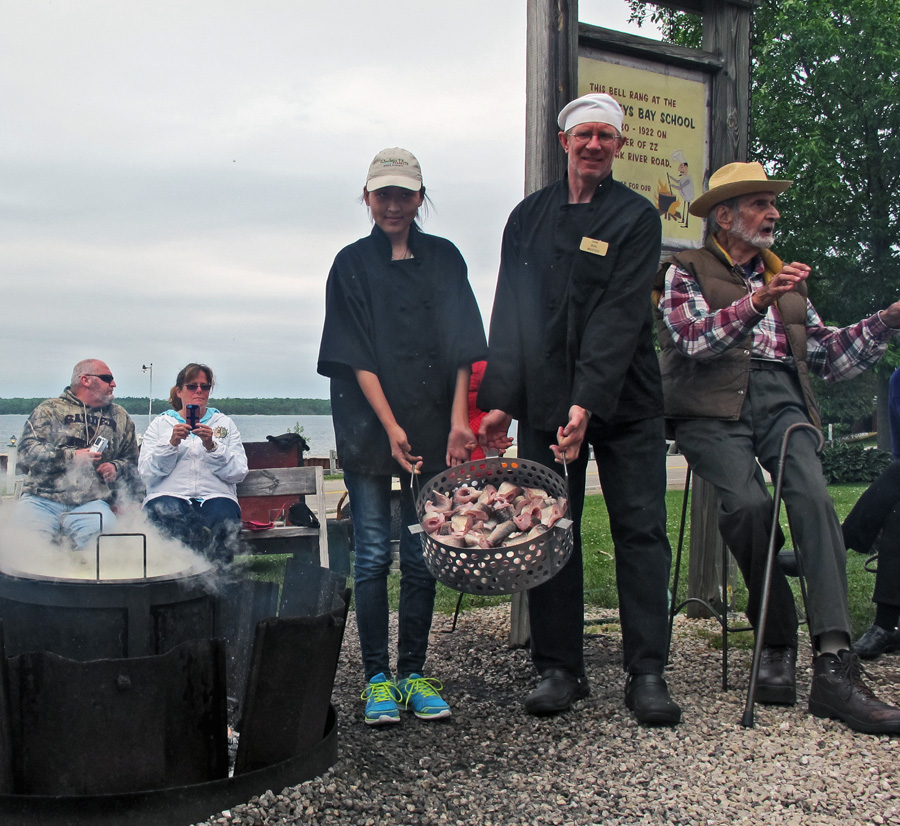 We sit in a circle in front of the inn. Set dramatically at its centre is an open fire of logs, atop which bubbles a huge cauldron of water. Why do I feel tempted to chant, “Double, double, toil and trouble”?

Our Master of Ceremonies for the night is Don Makuen, a venerable character, who keeps us entertained with stories, periodically interrupted as the Boil Master adds each new ingredient to the cauldron. First salt, then potatoes, then onions, and finally a huge colander of whitefish pieces. It frankly looks fairly unappetizing. My mental reservations continue. 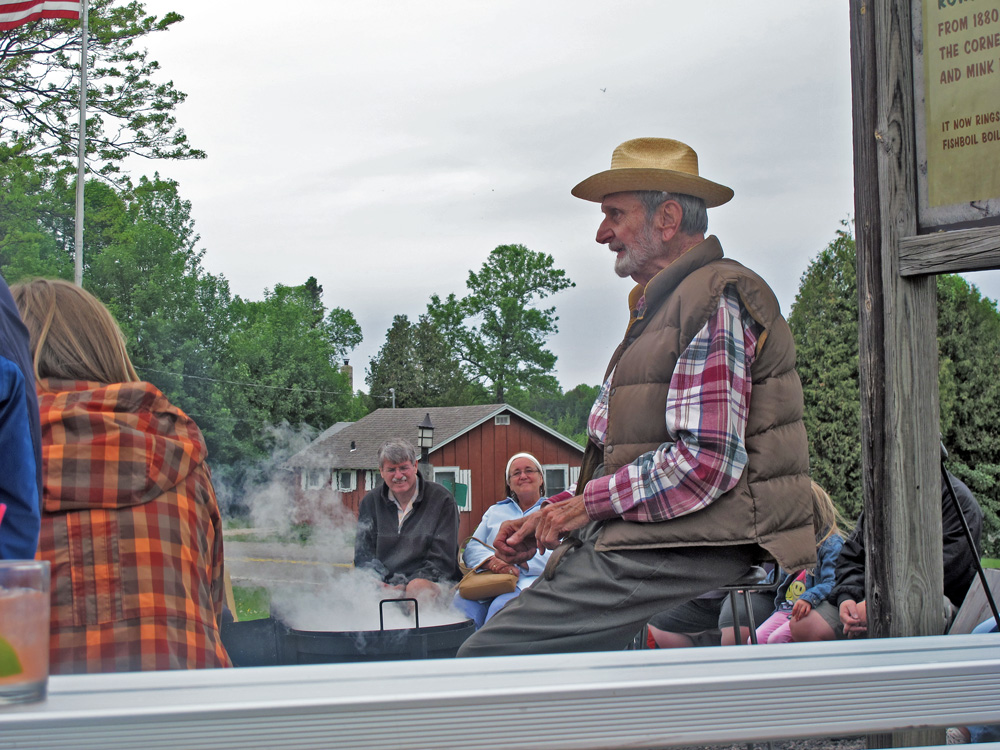 Makuen however, makes up for any concerns about the taste, adding a distinct flavour of his own in the form of historical tales. He relates the tale of the resort’s namesake, Peter Rowley, the first real settler in the area, and the two women with whom he moved to a remote part of the county in 1836. It’s likely that one was his mother-in-law, but with a sly wink, our storyteller manages to give the tale a slightly salacious air. It’s all good fun. 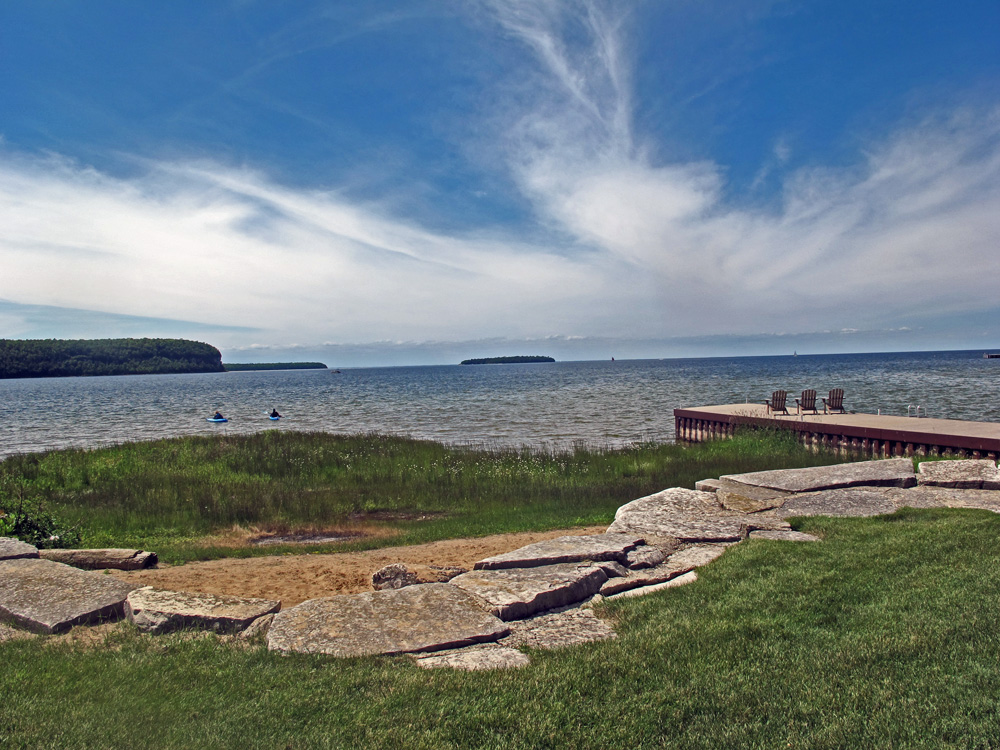 The first European to discover the Door Peninsula, in 1634, was a Frenchman, Jean Nicolet, who erroneously thought he had found China. Door, Makuen explains dramatically, comes from the French name for the treacherous straits linking Green Bay to Lake Michigan – Porte des Morts (Door of the Dead). It is said to have more shipwrecks under its apparently calm waters than any other section of fresh water in the world.

But it’s a sad moniker for an area that is remarkably beautiful, with picturesque limestone outcrops of the Niagara Escarpment and rolling dunes.  Pretty little towns with evocative names like Egg Harbour and Fish Creek dot the county, which also boasts the first state park in America, Peninsula State Park. 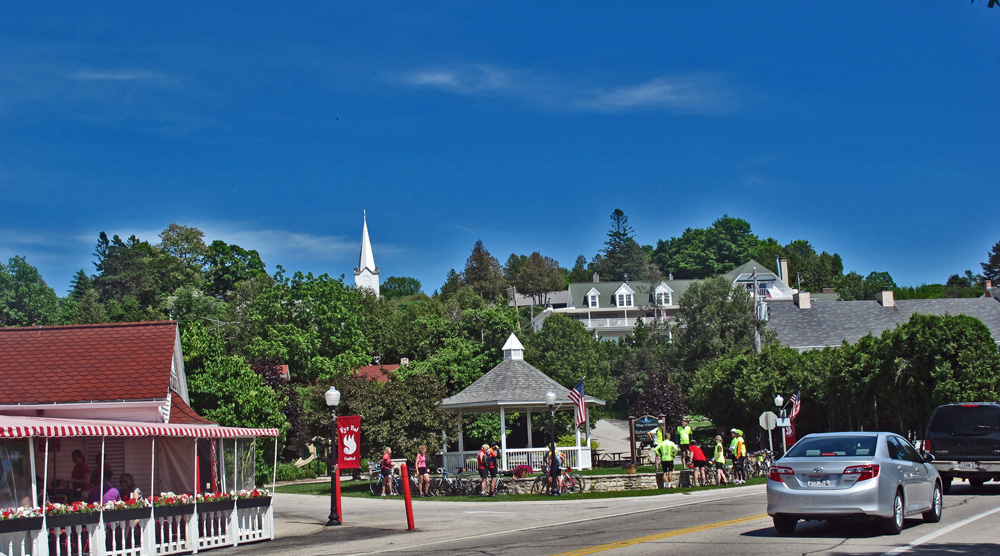 The charming village of Ephraim was founded by breakaway Moravians led by Andrus Iverson, who built the first school in the area (both the school and his home are historic sites). 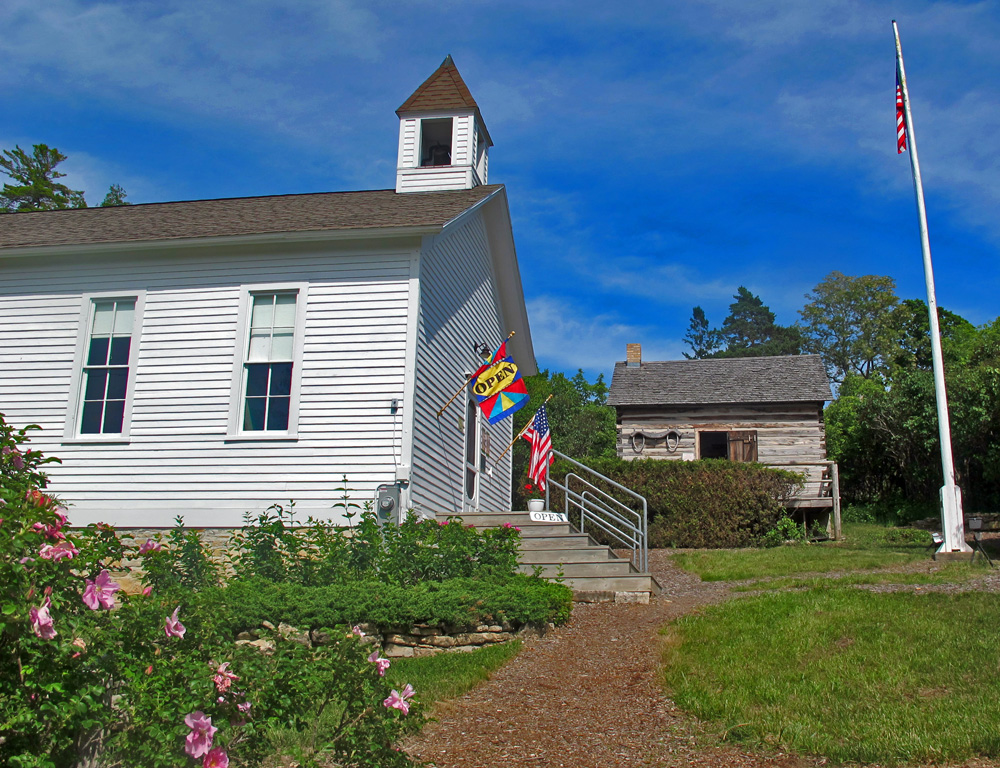 True to its roots, it’s the only dry village in the county, a dubious claim as it simply means that liquor isn’t sold here. Consumption is a whole other matter, says Makuen with another wink.

But the end of his tales is near. The Boil Master steps forward again and warns us all to move well back. Then with a quick judgement of wind direction, he pours kerosene onto the flames, stepping quickly back. 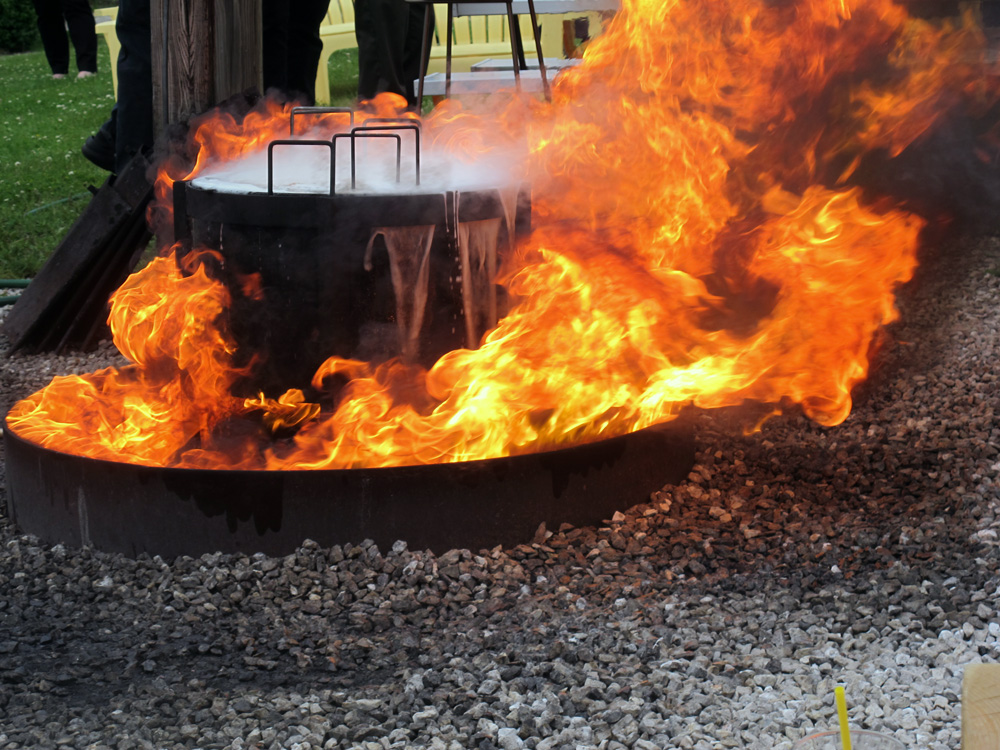 The water boils over taking scum and fat with it

For several minutes the cauldron is engulfed in a raging inferno, its contents bubbling over. And this is where the art comes in. It must boil over enough to take with it the scum, the grease – and the fishy taste. Beats the heck out of hand skimming the pot, but don’t try this at home!

The colander of fish and vegetables are lifted from the pot and served at the buffet inside the inn, along with plenty of other choices I gratefully observe (my reservations are full throttle now). But to my surprise, I like the delicate flavour of boiled whitefish, laced as it is with onions and lots of salt. Nonetheless, the best part of this meal is a hearty serving of Door County’s famous cherry pie. 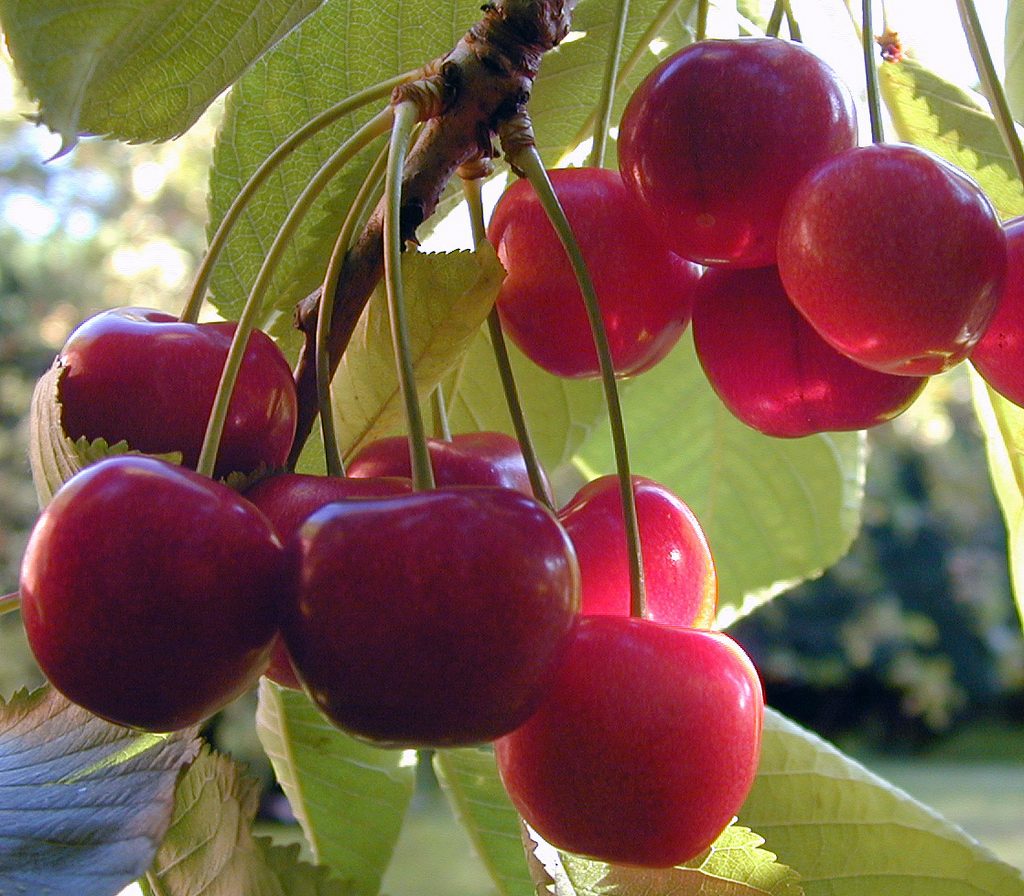 The thin layer of soil atop the dolomite bedrock in this peninsula seems to be perfect for growing the fruit for which this county has become famous – sour cherries. Cherry wine, cherry jam, cherry salsa – cherries go into everything here. But there’s one cherry specialty you’ll have to talk a local into sharing with you.

Although Cherry Bounce predates Door County’s orchards (Martha Washington had her own recipe for it), it has become a local specialty. This simple infusion of cherries with alcohol (typically vodka or gin) and sugar, has become a seasonal favourite – but not cherry season.

“You start when the cherries are ripe, and it’s ready for Christmas,” explains Bob De Lautenbach, owner of  Lautenbach’s Orchard Country Winery and Market. “The alcohol gets a distinctly cherry flavour.” 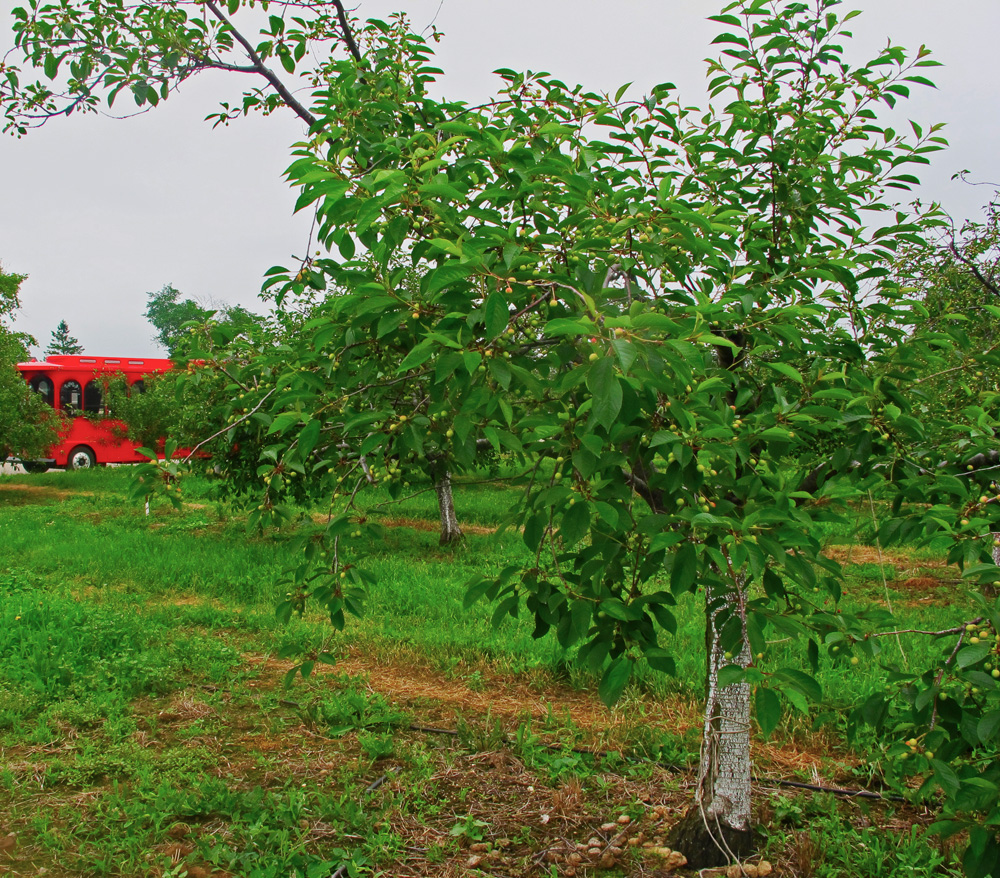 Most of the cherries in his orchard go to make their distinctive wines. But there’s always plenty for the cherry spit, a less than genteel competition. I tried and only managed a paltry 12 feet. The reigning female champion, can spit a cherry pit more than 38 feet! But, I ask myself, is this really a title I covet?

Door County offers much more than boiled fish and cherries. It has become a Mecca for artists and artisans, and in this small area, you will find two remarkably professional theatre companies – the Peninsula Players and the Northern Sky Theatre. Both produce first run plays in spectacular natural settings. 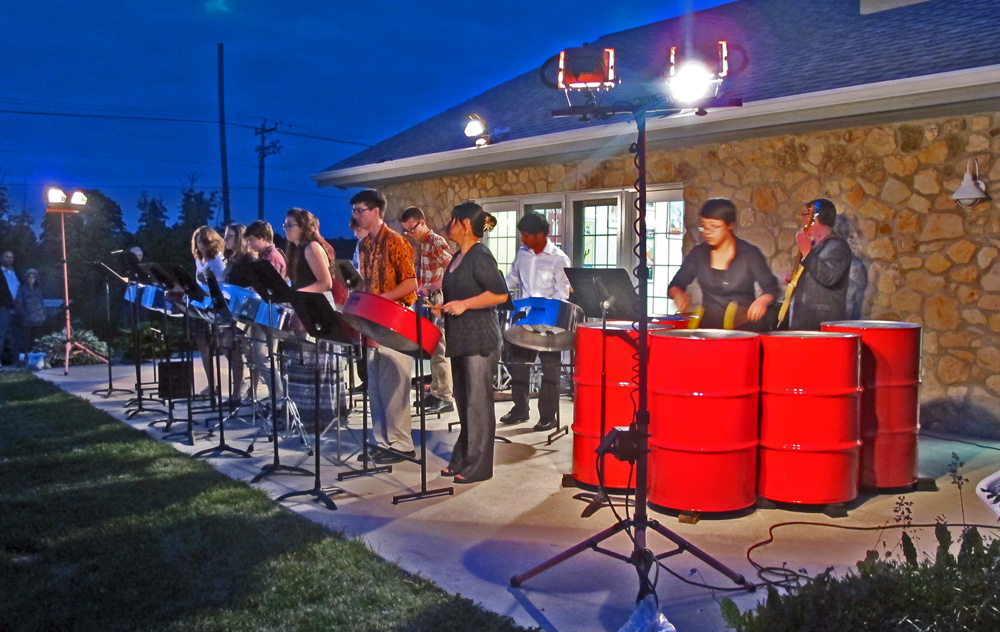 In addition, the students and internationally renowned instructors at Birch Creek Music Camp present concerts regularly – classical, jazz and my favourite, a steel drum concert by the students. 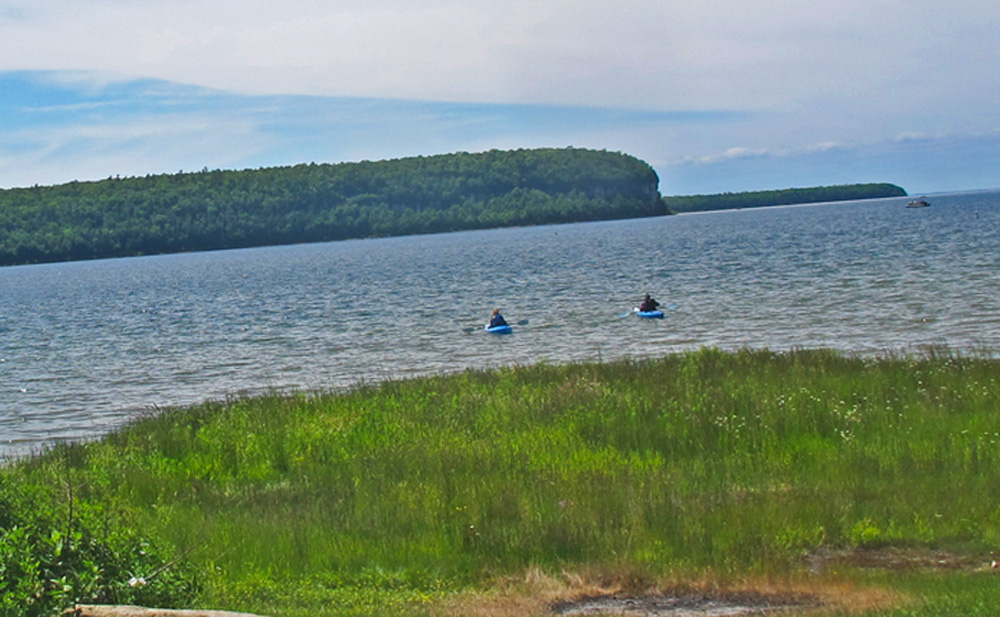 Best of all, Door County encourages ‘silent sports’ like sailing, cycling, hiking and kayaking, making it a wonderful retreat for those seeking peace and quiet. The history and boiled fish are the cherry on top.