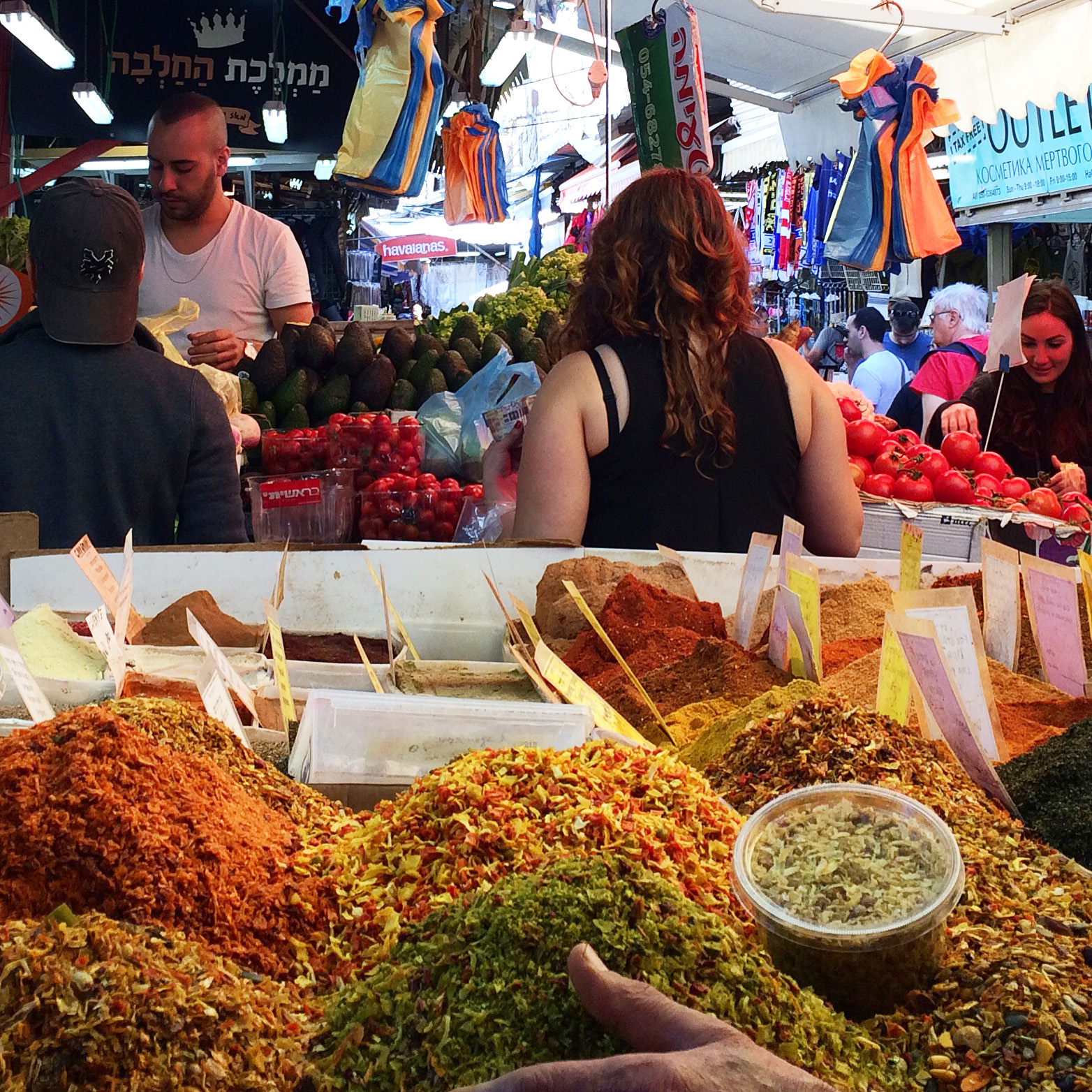 Shlomo is a happy man. He serves me a strong cup of his own roasted coffee. His grandfather, a Yemenite immigrant in the early 1900s, started this little roastery in Carmel Market. But Shlomo is likely to be the last of his family to roast and sell coffee. 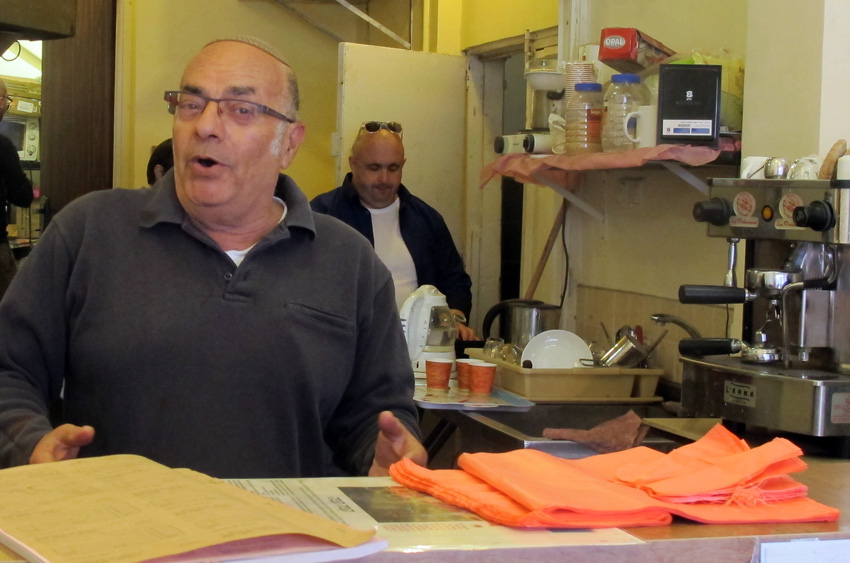 There are many like him in markets around the world. The younger generation, he tells us, isn’t interested in working in a market. Curiously, despite this attitude, markets are making a huge comeback and more and more people are turning to local farmers and producers.

It’s not surprising. Markets have always been the heart and soul of any community. If you want to understand the culture of a city, visit the market.

In Tel Aviv, three very different markets tell me a great deal about the little communities that surround them.

Carmel market borders a prosperous area but its immediate neighbourhood is home to generations of Yemenite immigrants who came here when Shlomo’s grandfather did. They needed a place to shop and Carmel grew out of that need. 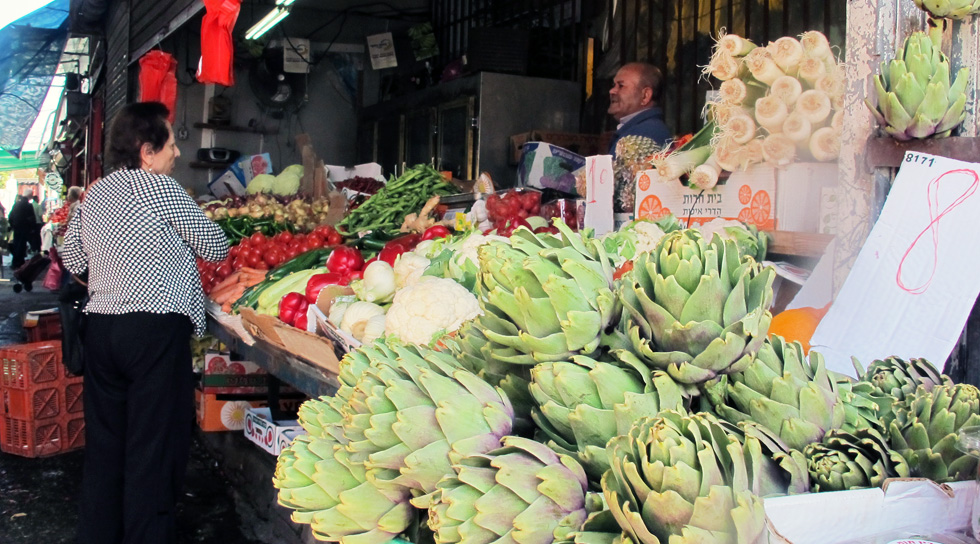 On a Friday, it’s bustling with people preparing for the weekend. But the first stop in the morning is the hummusia. This little shop only makes fresh hummus (a tasty blend of sesame paste (tahina) and chick peas). It’s served warm, with different toppings ­– chick peas, ful (Egyptian favas), shukshuka (an egg poached in stewing tomatoes), etc. “When we eat hummus we say we wipe it. You use pita bread to ‘wipe’ big scoops,” explains Inbal Baum, founder of Delicious Israel, encouraging us to eat it all. “This hummus has no preservatives so it’s only good for an hour or two.” 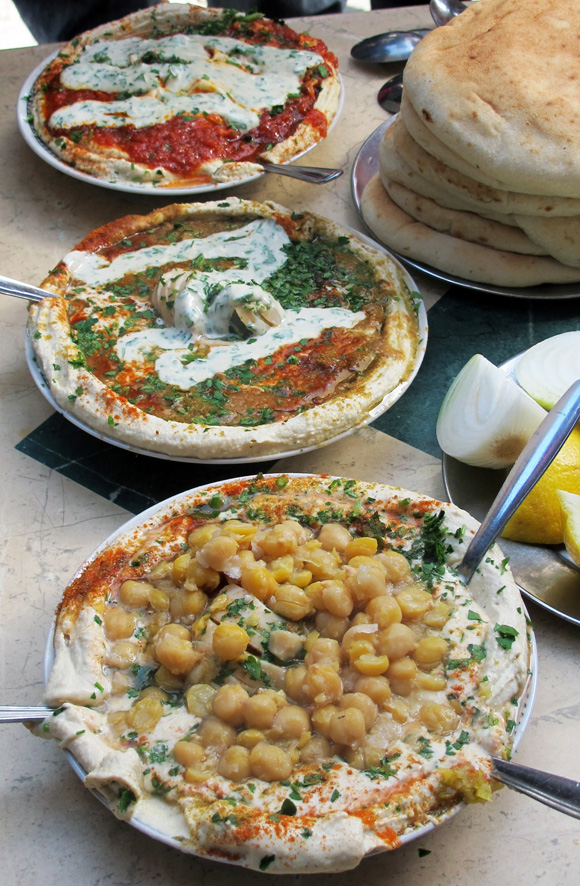 At the market, I stroll the aisles and sniff the pungent aroma of spices, piled into colourful mounds. One vendor offers me a taste of zattar, a Middle Eastern spice blend he prepares himself. Then, spotting my North American roots, he tells me to smell a jar filled with another blend. It’s pungent. “Barbeque,” he laughs. 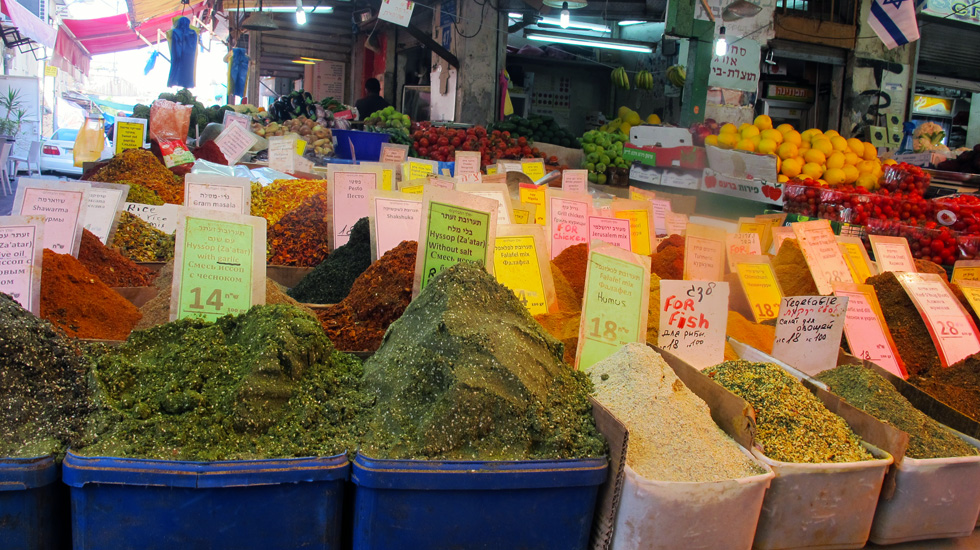 And so it goes on the tour…samples at every turn from smiling shopkeepers – rugula (little pastries), olives, cheeses. I can’t resist a taste of halva, the wonderful sweet made at its base, of sesame paste and sugar. I’ve never seen so many different flavours! 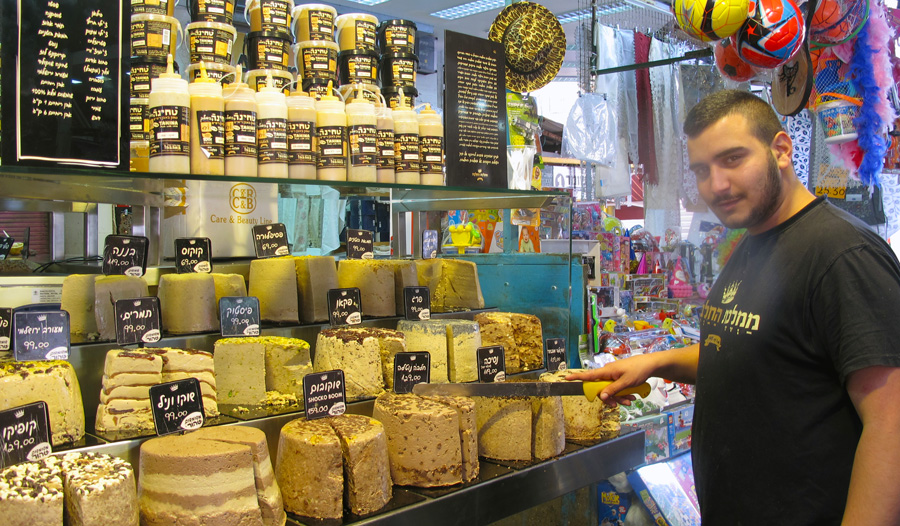 The stalls at Carmel are covered by a makeshift roof of metal sheets but the second market, the Levinsky Market reminds me of Toronto’s Kensington Market, which also had its roots in early Jewish immigrants. Here there are no stalls, but the street is lined with shop after tiny shop.

Founded by Balkan immigrants, these specialize in spices (they claim to have created the first Israeli spice blends). But my favourite here is boureka at Penso, a feather-light pastry filled with cheese, or spinach, or my favourite, potatoes. I’ve seen these in Toronto but never so flaky. 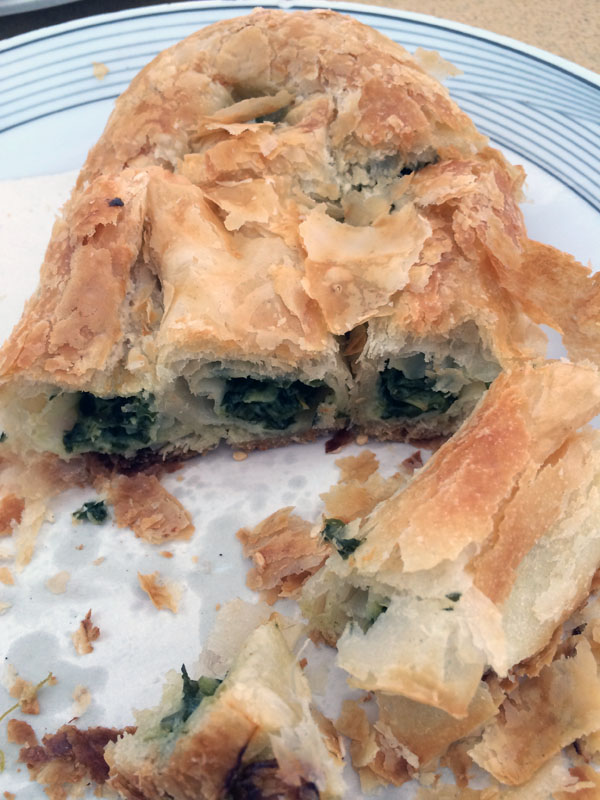 Here too smiling merchants offer a sample of olives, cheese-stuffed peppers, and marzipan. 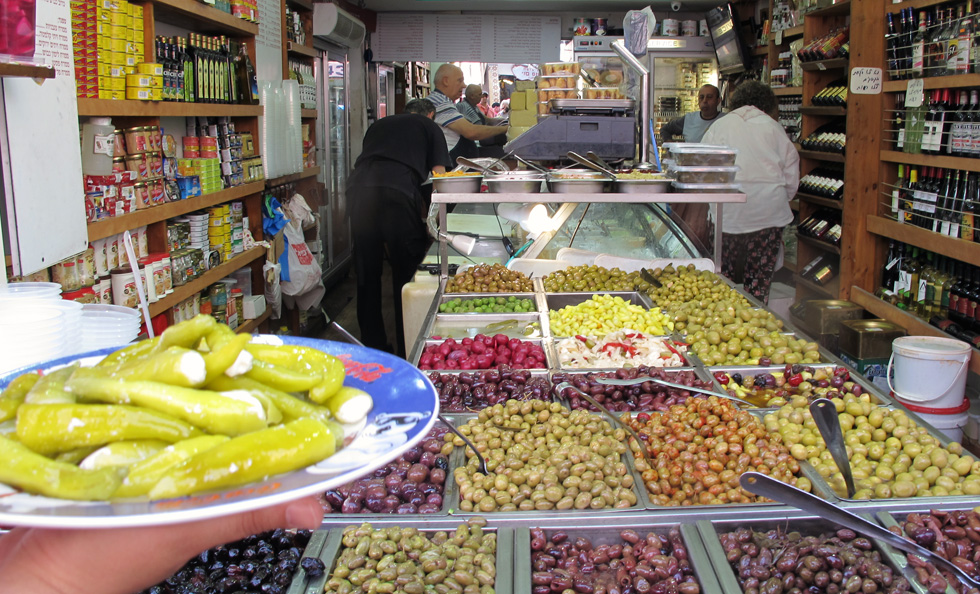 This last is Albert’s specialty. The 82-year-old stands in his eponymous shop making the same almond macaroons and marzipan his grandfather first made nearly 100 years ago. And like Shlomo, he is likely to be the last almond baker in his line. His son is a professional. 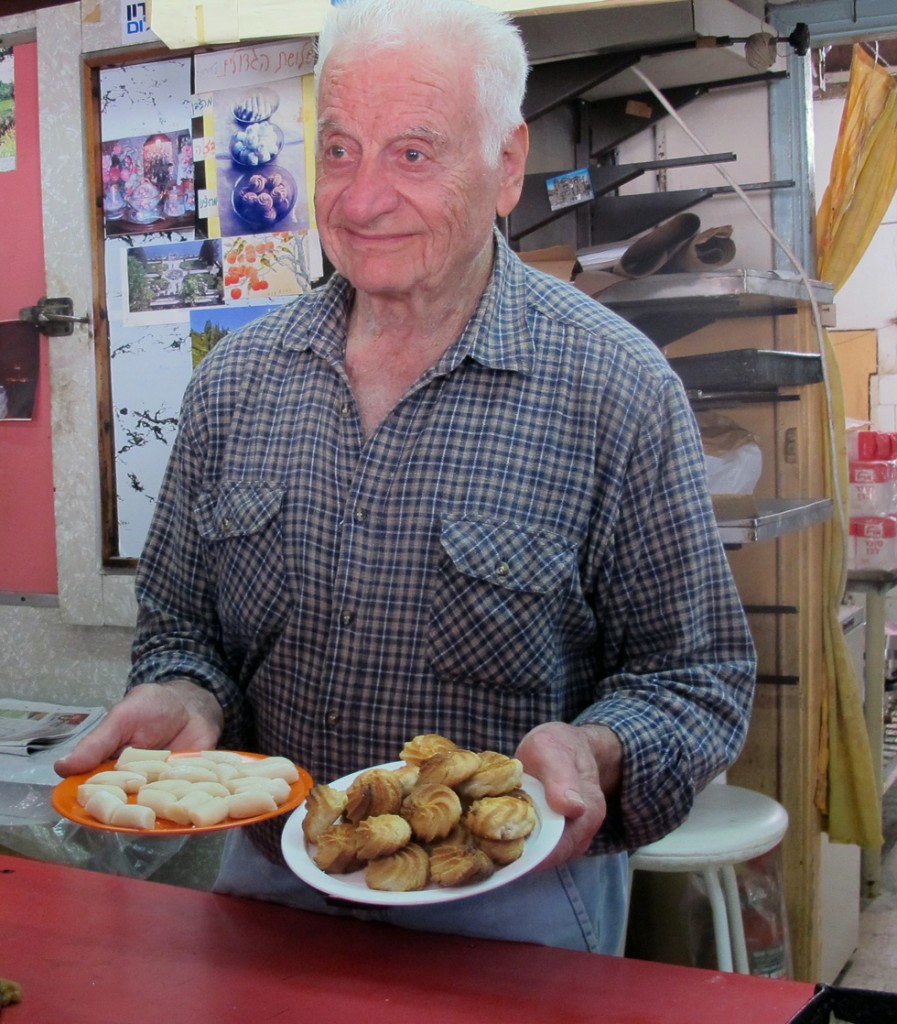 Nonetheless, many of these shops are still passed down through families and the area offers one a step back in time to narrow streets and low buildings. Modern day Tel Aviv is left behind in this district. 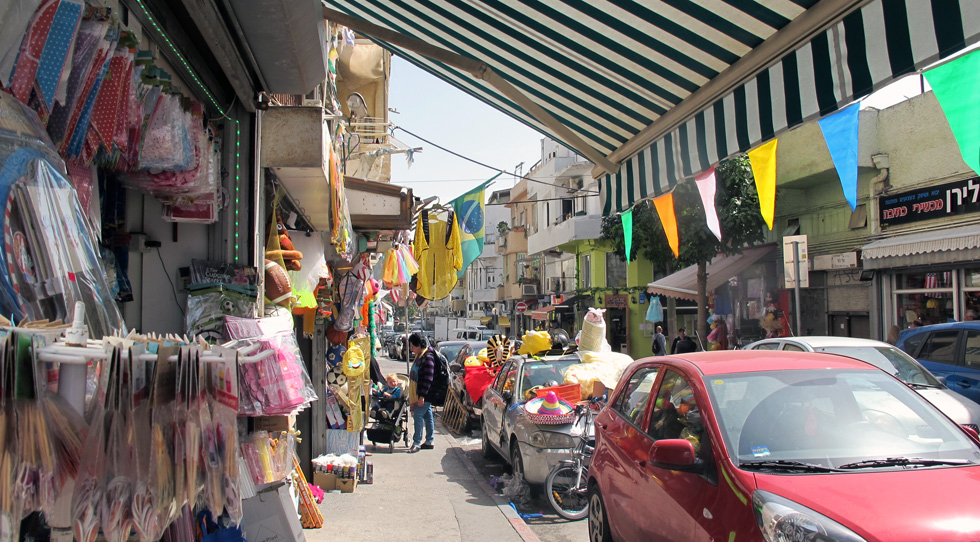 In Sarona, an attempt to revive history has created a modern, chic market. Standing amidst buildings that date to the German Templars who arrived in 1871 to establish a Christian agricultural colony in this part of what is now modern Tel Aviv. 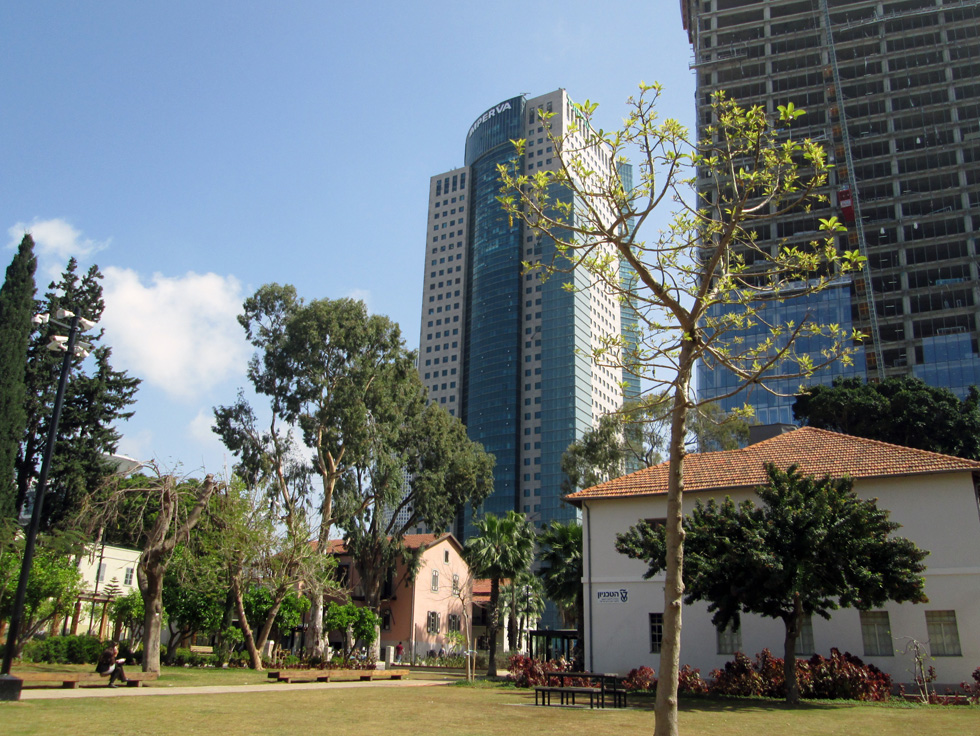 Some 36 two-storey buildings have been preserved by the city in Sarona and stand in sharp contrast to the skyscrapers that dwarf them. The indoor market in this area has snacks, chef-driven eateries and shops selling the ingredients and the kitchen utensils to turn them into dinner. 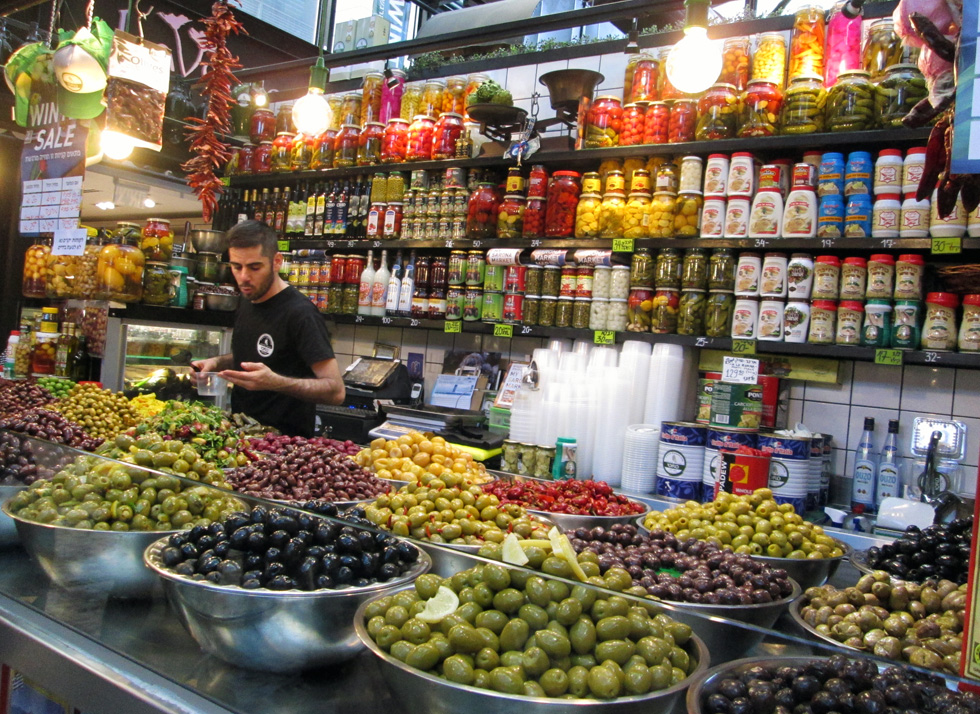 It’s important to note that Israel is an immigrant country. While most immigrants might be Jewish, the cultural spectrum they represent is vast. So not surprisingly, all three markets have interesting ethnic offerings – arepas from Latin America, Ethiopian njera bread brought by Falasha Jews, ramen from Japan, and Khachapuri (Georgia’s answer to pizza). 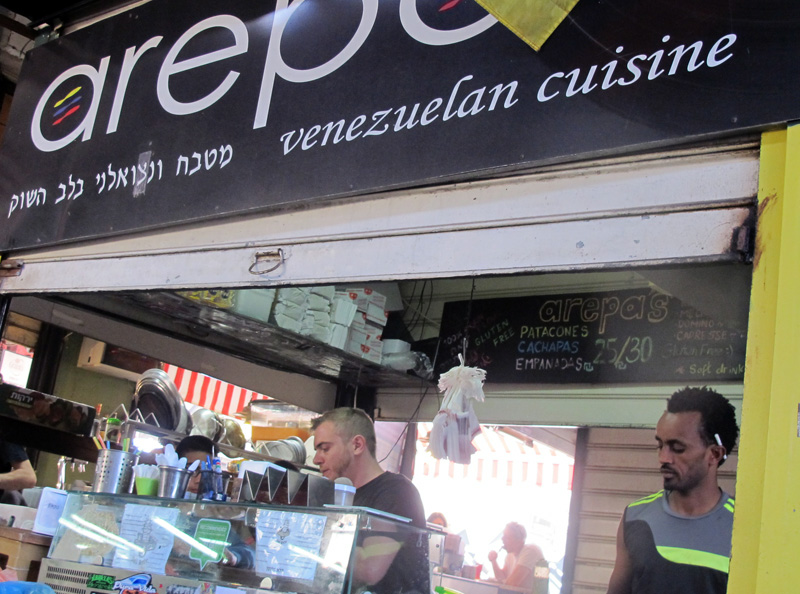 Find the market and you’ll find the real people of any city.