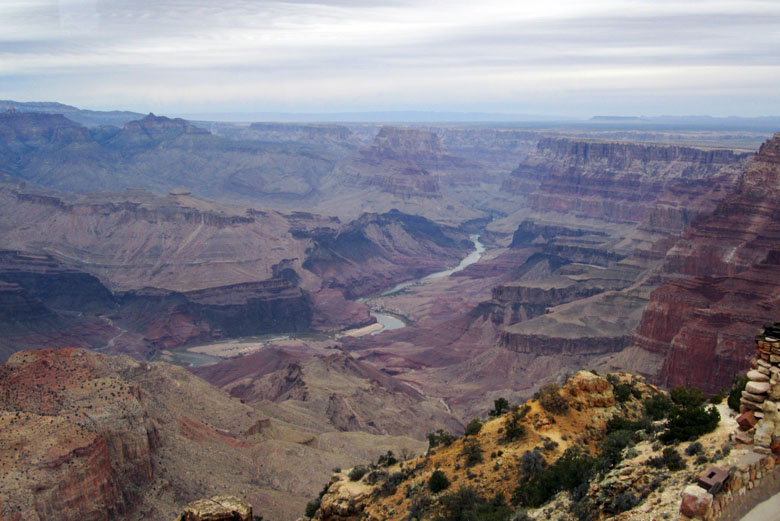 About 20 years ago, my family trekked down into the Grand Canyon, carrying sleeping bags and pitching our tent near Phantom Ranch at the bottom. We treated ourselves to dinner at the ranch so we would have less to carry down – and up! The rule here is that anything you transport down that isn’t consumed (garbage included) must be carried out.

On this trip, Ed and I chatted with one park warden who told us that water bottles comprise nearly 30% of the waste stream throughout the park. Unbelievably, a significant number of people simply toss empty water bottles into the canyon! It’s hard to imagine the stupidity of someone who might consider this appropriate. They have staff who climb down to collect more than a ton of these each year! 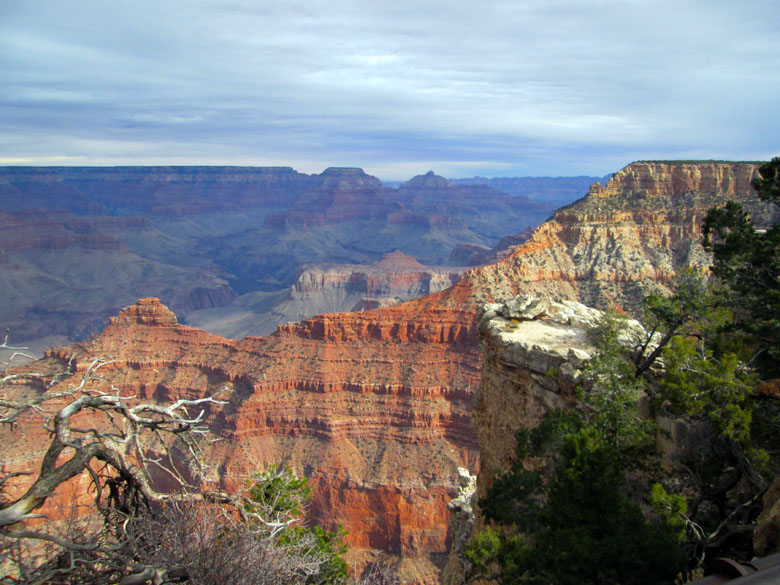 Water bottles aside, the Grand Canyon is definitely a bucket list item. Hewn through millennia by water, wind, and erosion, the sight is awe-inspiring. Ed had never seen it and his jaw dropped, “I didn’t expect it to be this wide, or large!” 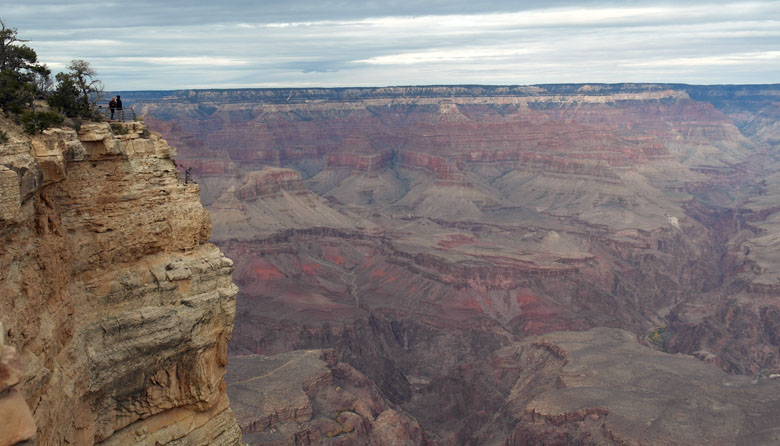 What’s astounding is that the first European to see the canyon, the Spaniard, Coronado, regarded it as a massively inconvenient hole to be got around somehow. Well, I suppose, if your aim is just to find gold, you might overlook one of the wonders of the world. 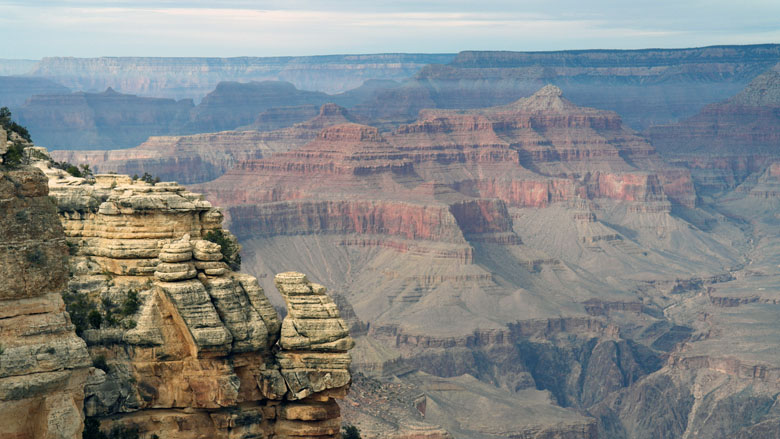 Arizona itself might be considered a wonder. It’s as if the Creator took a box of paint and said, “No more rules, I’m just going to toss colours everywhere.” The result is unexpectedly high mesas beside flat desert; towering forests and scrub pine; soaring mountains and swooping valleys, all of which come in the most astounding variety of colours – from palest pinks and white to red, yellow, purple, blue and even black. Every turn of the road brings another magnificent vista. My mouth remained permanently open. 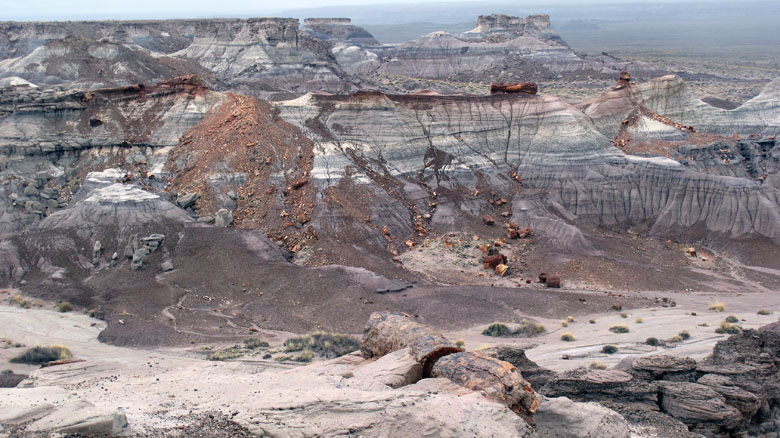 While the Grand Canyon draws tourists by the millions, the Painted Desert is often overlooked. Barely visible from the highway, the best way to find this other, undiscovered gem, is to head into the Petrified Forest National Park (that’s a whole other wonder!) and drive the route through the park (entry $10 per car) to the various outlooks. 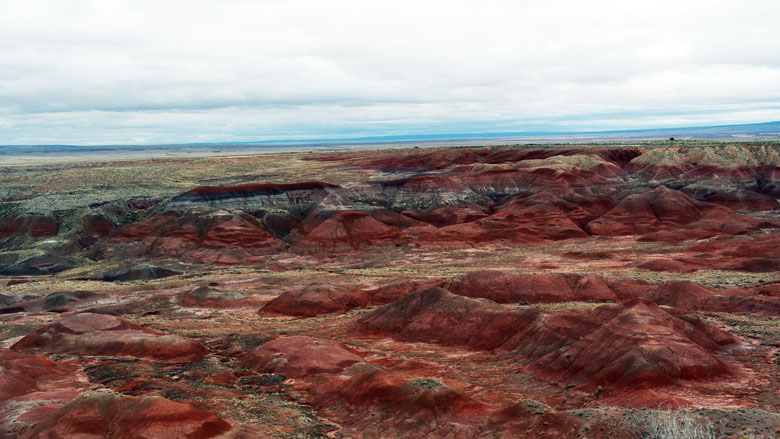 Again, a deity gone mad with paintbox gives this landscape some of the most amazing hues. We were unlucky in that it began to rain halfway along, but one park official pointed out that we probably saw even more vibrant colours in the rain. It’s called making lemonade with the lemons the weather gods handed us.

One thought on “Landscape Painting – The Grand Canyon”