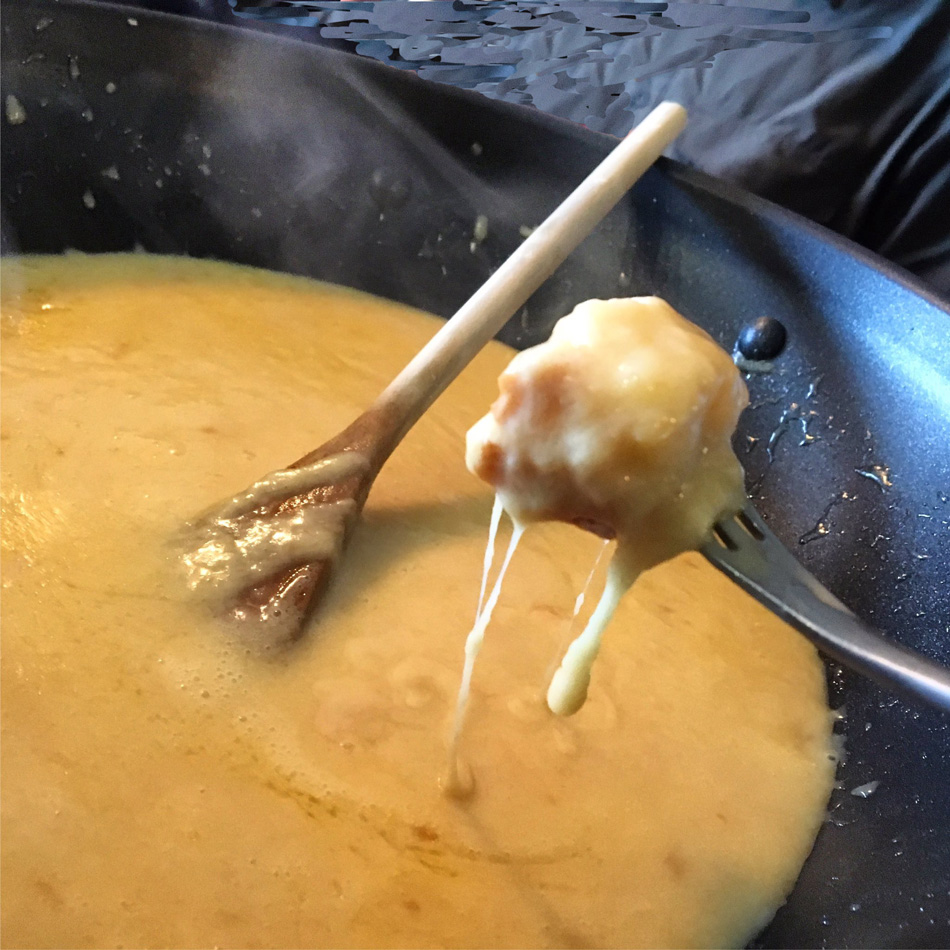 One of the best cheese fondues I have ever had was at Kanatha-Aki, a place of healing and peace in Val des Lacs, a beautiful part of Quebec’s Laurentian Mountains. Indeed, the photo above was taken there. A cheese fondue is the perfect meal for sharing and good conversation.

Traditionally made with Emmental and Gruyère cheeses, try using local cheeses in your region. Pick one with a slightly nutty flavour and a second which is slightly stronger and melts well. You can also use a good nippy cheddar with a second milder cheese. But don’t use just one cheese as the fondue needs a balance of flavours. And DON’T be tempted to use cheap block cheese; these are usually too immature and the fat in them will separate when you try to melt them.

Try substituting some apple cider for half or even for all the wine for a really unique flavour.

Rub inside of a 4-quart heavy pot with cut sides of garlic, then discard garlic. Add wine to pot and bring just to a simmer over moderate heat.

Stir together cornstarch and 2 tbsp. wine in a small bowl.

Slowly fold in the cheeses and cook, stirring constantly in a figure eight pattern to prevent cheese from creating lumps. DO NOT ALLOW TO BOIL.

As soon as cheese is melted and smooth, stir cornstarch mixture into fondue. Simmer stirring, until thickened, about 5-7 minutes. Place in the fondue pot and light the flame under it. Serve immediately.