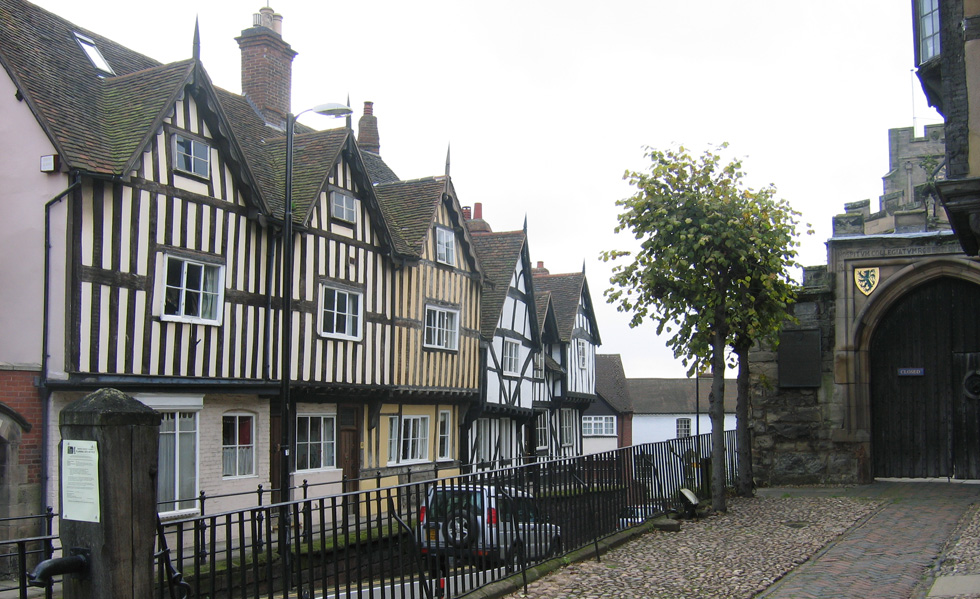 Britain is full of old things. And I don’t mean the House of Lords.

With royalty, stately homes, palaces, battle sites and ancient ruins at every turn, there’s enough to satisfy even the most avid, (and indeed gory) appetite for past glories and disasters.

And there are enough historic pubs to make a pub crawl worthwhile. Well, why not? There’s nothing quite like an authentic old English pub and the golden liquid it dispenses. 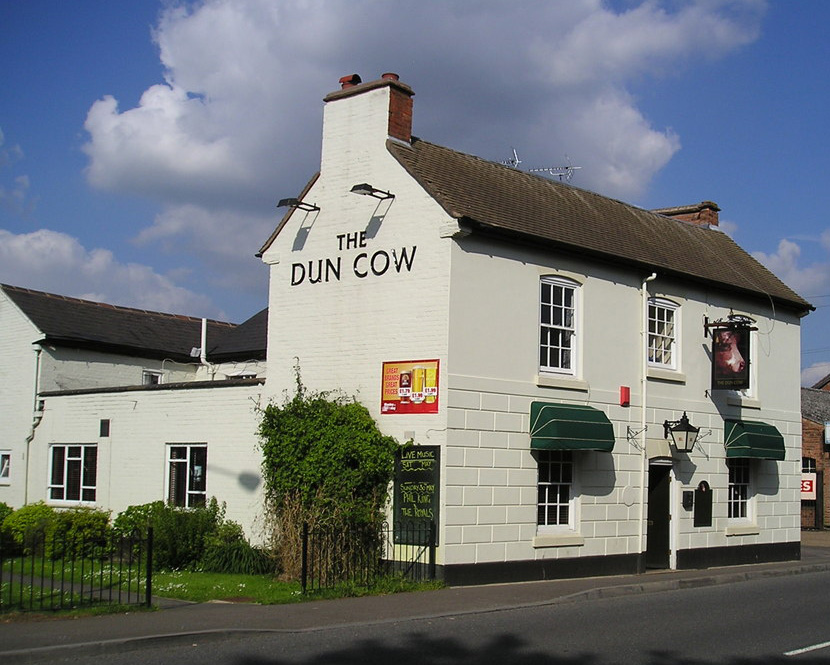 The Dun Cow in Warwick

Antique fairs are held throughout the year but are most prevalent during the summer months. Some of these are held in stately homes and elegant hotels. Expect to pay a little more for items at these, but the quality is generally impeccable and reliable. Nonetheless, for those with a discerning eye, hundreds of little fairs are held in small towns and villages. 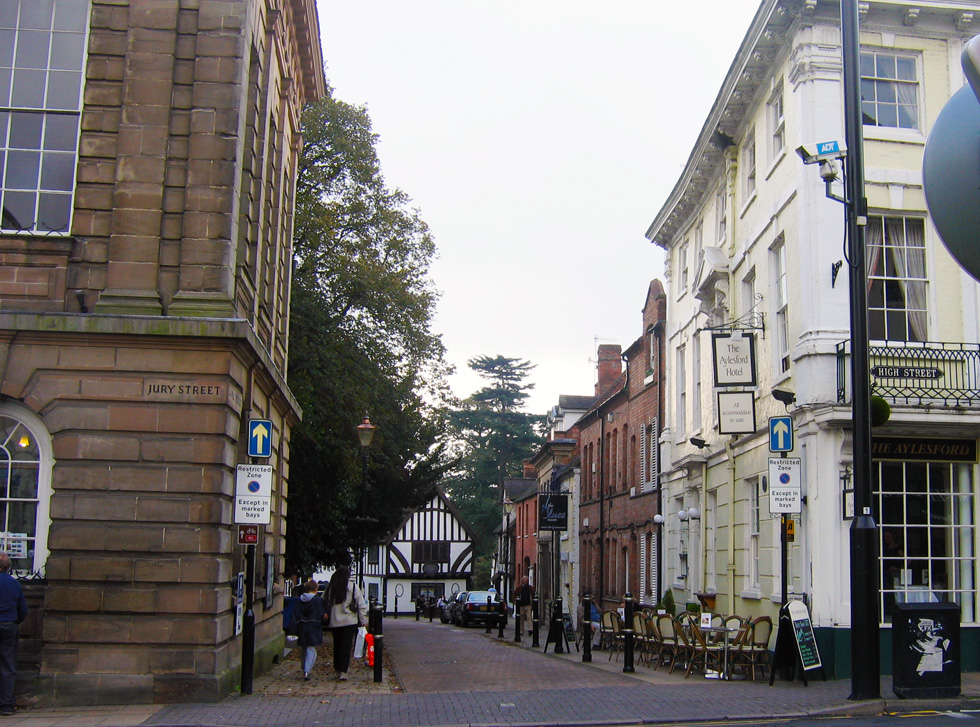 First time antique hunters might like to start in Warwick. One of the most complete historic towns in England, it boasts an ‘olde worlde’ atmosphere and buildings that date back to Tudor times. Of course, there’s Warwick Castle itself, family seat of one of the most powerful of Britain’s lords, the Earl of Warwick. This genuine medieval castle is surrounded by beautiful parkland and with its turbulent history, is itself a fascinating place to visit. 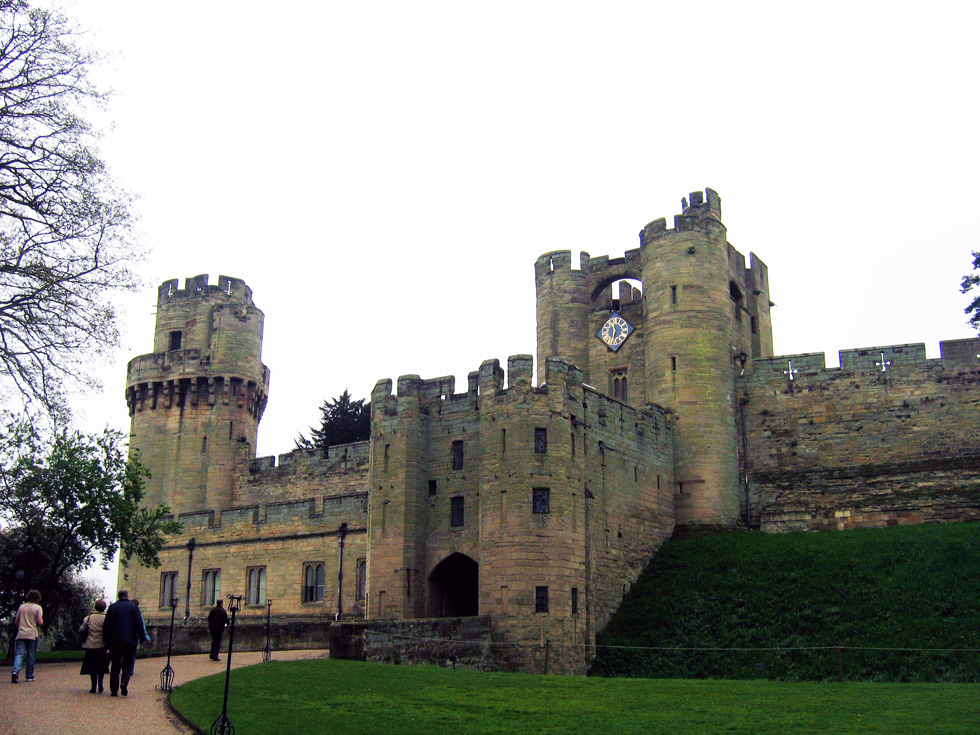 Indeed, Warwick Castle offers enough magnificent antiques and historic gore to satisfy the most intrepid explorer. The death mask of Oliver Cromwell on display here is just the tip of the iceberg. 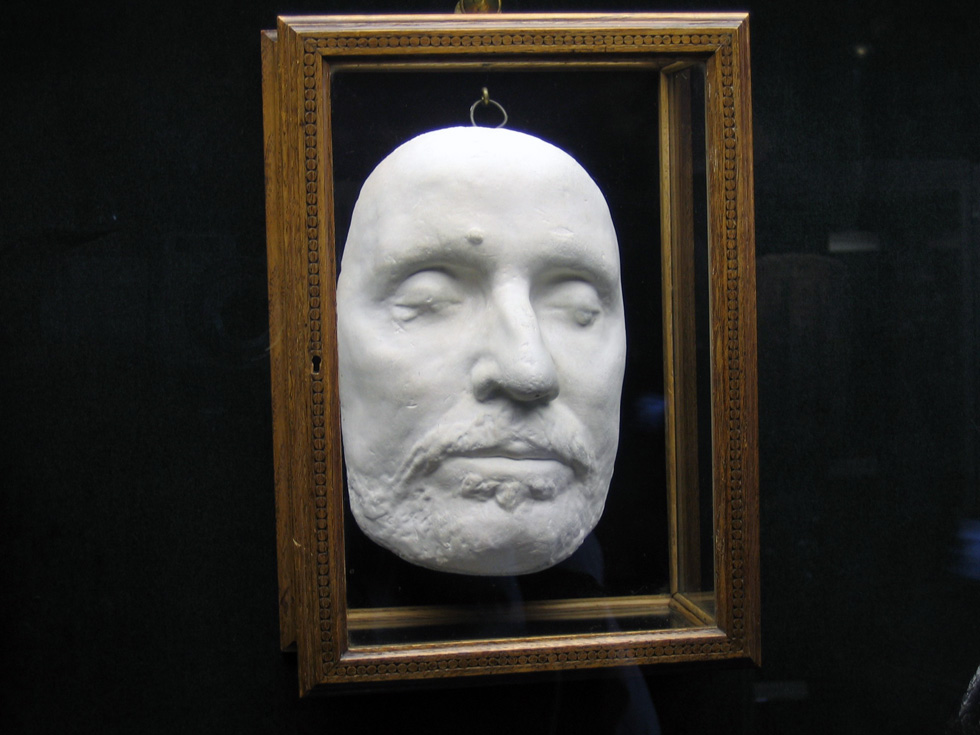 The most famous of Warwick Castle’s ghosts is Sir Fulke Greville, who haunts the Watergate Tower. It was renamed the Ghost Tower, after he was brutally stabbed to death by his manservant in 1628. Did his valet take violent exception to His Lordships’s taste in socks? 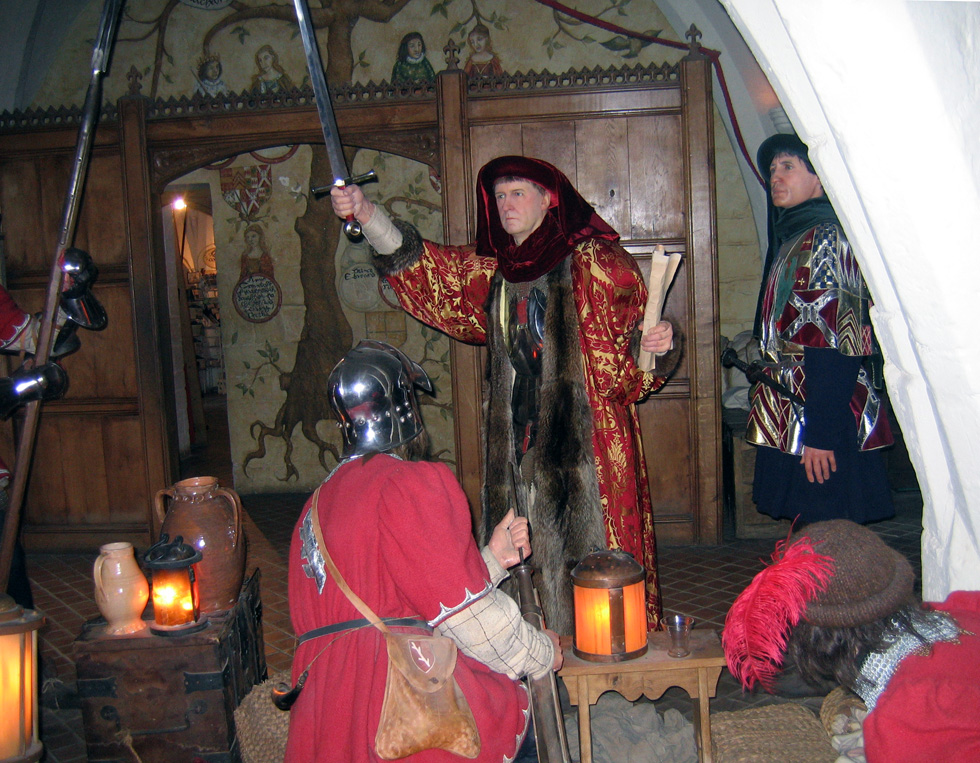 A tour of the tower today comes complete with hauntings. The castle also plays host to festivals of music and pageantry throughout the year. But all these are but the peripheral reasons for choosing Warwick as your base. This town and the surrounding area is an antique hunter’s paradise. 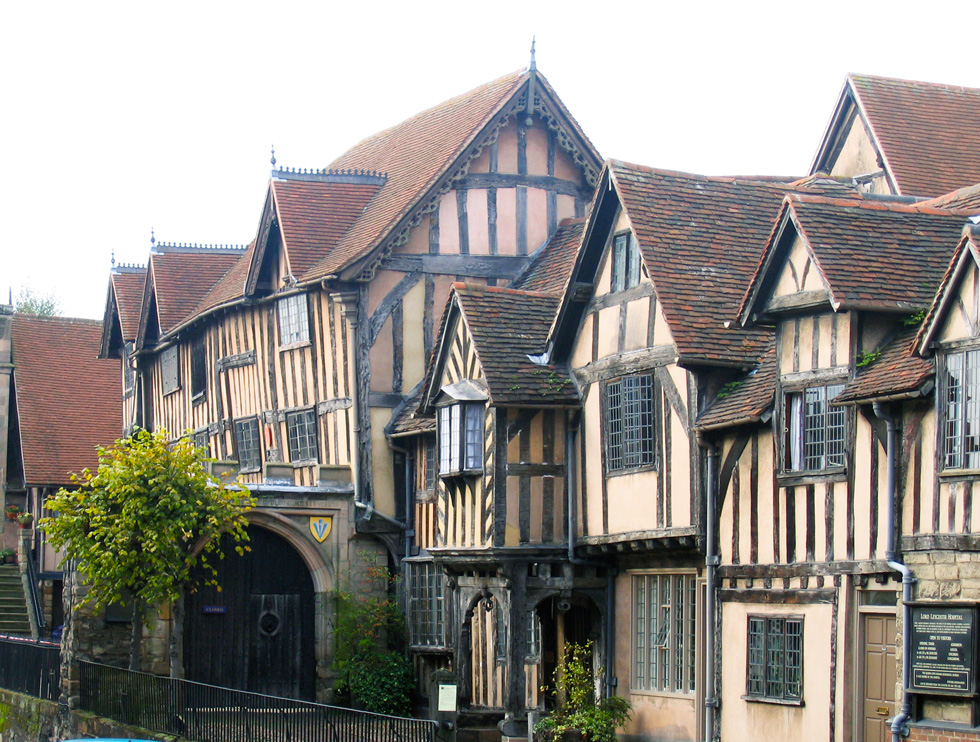 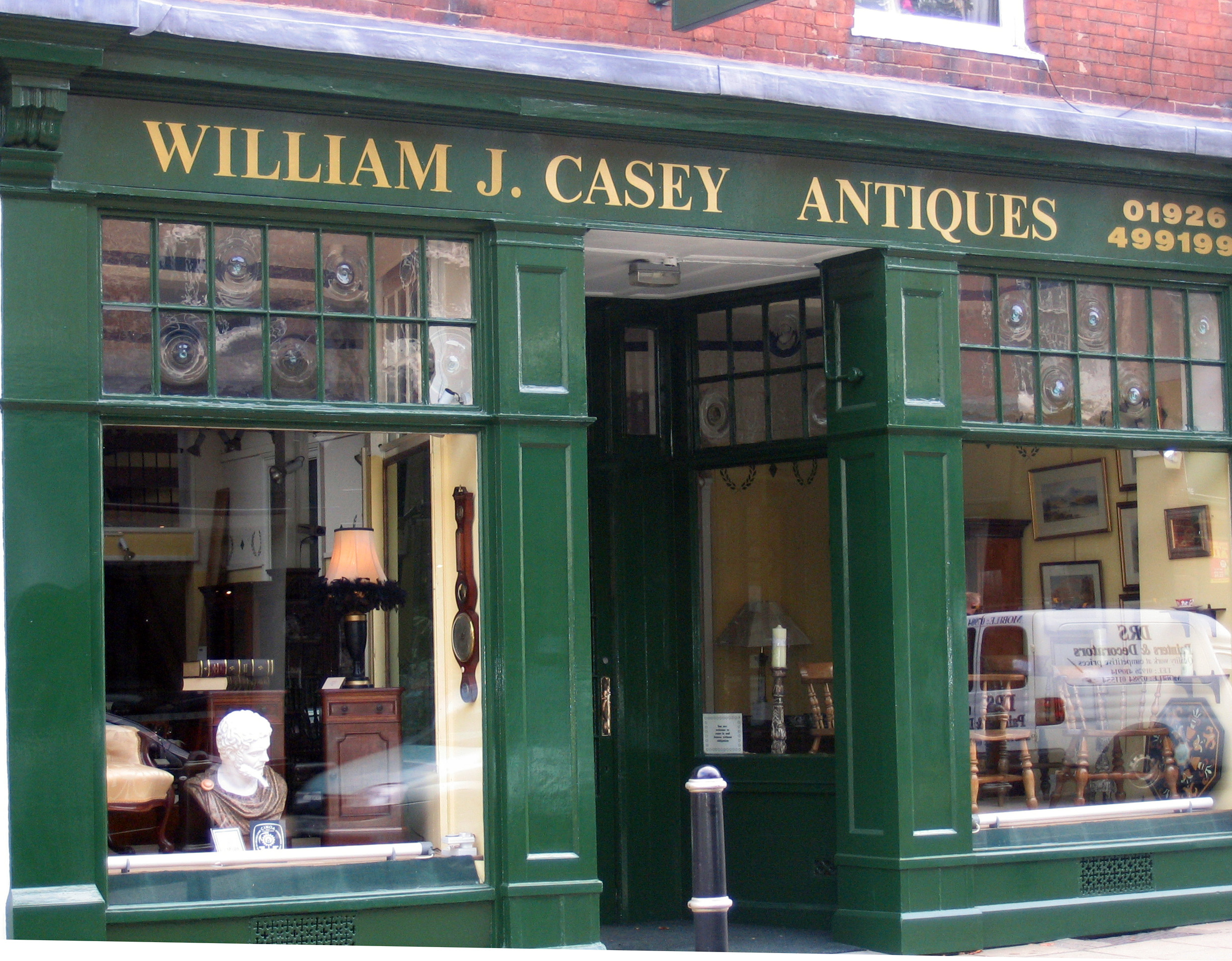 A stroll along the High Street from here nets a dozen or more little antique shops through which to browse. In the course of a contented couple of hours, I find a 150-year-old man’s dressing case with tortoise shell and silver accessories; a delicate doll with beautiful, hand-painted china head; and a magnificent gilt Regency mirror.

In another shop, old sketches and watercolors are selling for only a few pounds each. Old silver seemed to be the specialty of another shop where hallmarked pieces dating to the Edwardian, Georgian and Victorian periods are abundantly displayed. I’m good; I resist temptation. 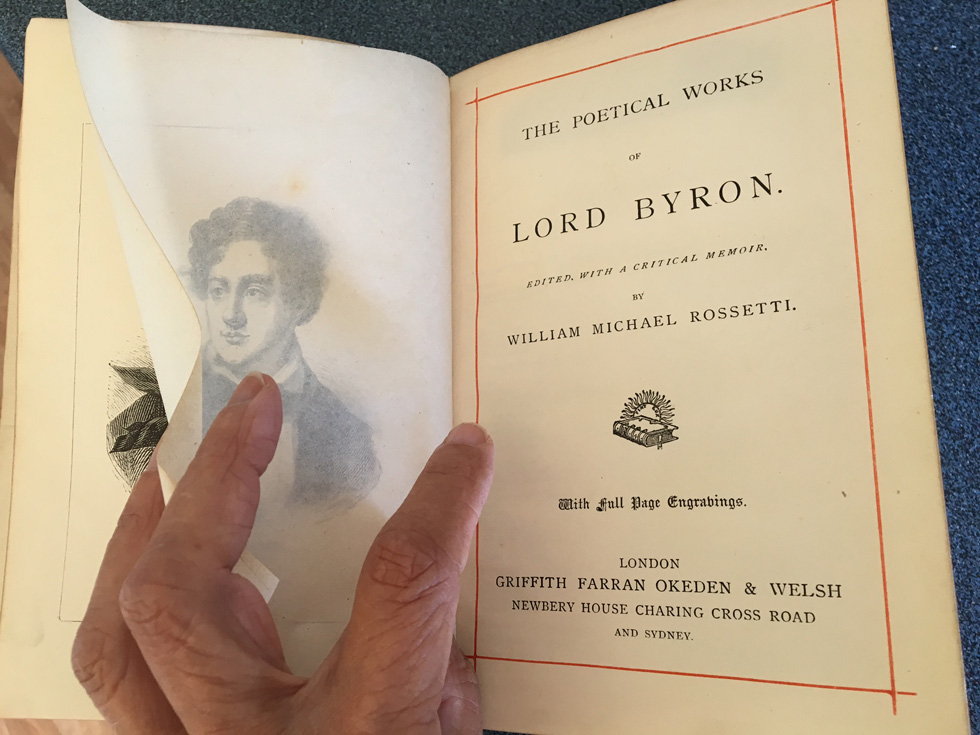 But in a tiny, low-ceilinged bookshop I find half a dozen old volumes, including a leather-bound miniature of Charles Dickens’ Christmas tales and an ancient copy of Byron’s poems, for just a pound apiece. Alas, I succumb!

These are easy to transport home, I think. Not so an enormous elephant’s foot which, had I been so inclined, I could have purchased for my front hall, assuming it could find space among the boots, briefcases and other assorted paraphernalia which pose enough of a hazard to the unwary. Elephants aside, beware the temptation to purchase larger items unless you have carefully researched precisely how you plan to ship them home. It can be very expensive as well as difficult. 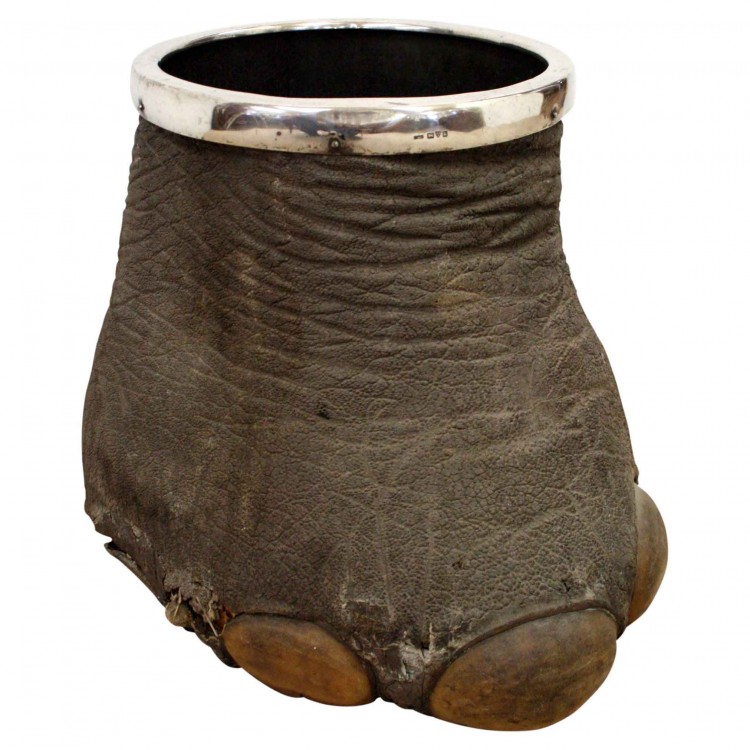 This one comes from Georgian Antiques in Scotland

Summer may be the most pleasant time for wandering around the stalls of an antique fair, but these are held constantly throughout the year, all over Britain. For a list of where and when, visit www.antiquenews.co.uk for a complete list of fairs, special events, flea markets and antique centres throughout Great Britain.