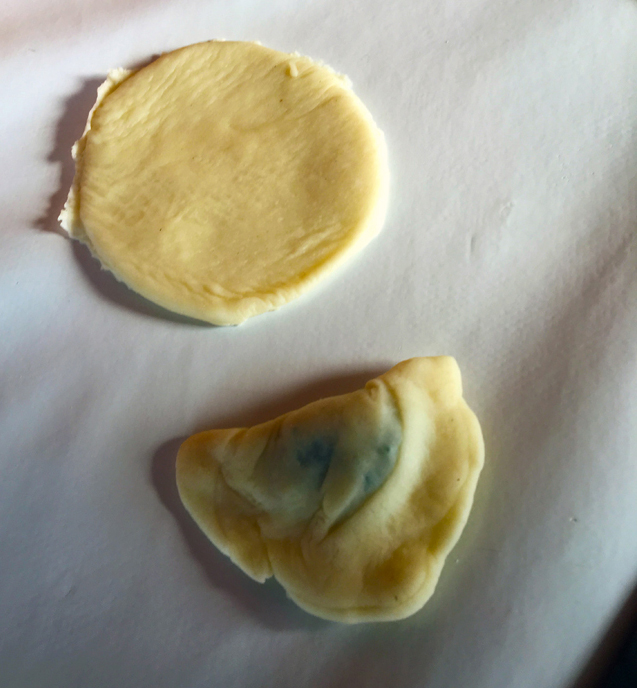 My perogi – before and after!

At the Ukrainian Cultural Heritage Village near Edmonton, Alberta, I spent a contented day learning about the history of this community founded when the first immigrants from Ukraine arrived in 1892. They brought red fife wheat to Canada and with it they made one of their gastronomic gifts to the world – pierogies (which they pronounce perohay – and spell a lot of different ways).  I learned to make these delicious little dumplings. After all, food is the best way to learn about people. And a lesson in making pierogies (also called pyrohy or varenyky ) is enlightening.

You can buy frozen ones but making them yourself, labour intensive though it is, is the best. This recipe from the Ukrainian Village is made with only potatoes, but my friend Gloria makes them with onions and cheese in the potato mixture.

Boil the potatoes and drain, saving the water. Mash with salt and pepper to taste.

Put the flour and salt in a bowl and add the potato water (cooled) and oil. Mix with your fingers to create a smooth elastic dough that can be rolled out. Adjust the water and flour to achieve this. 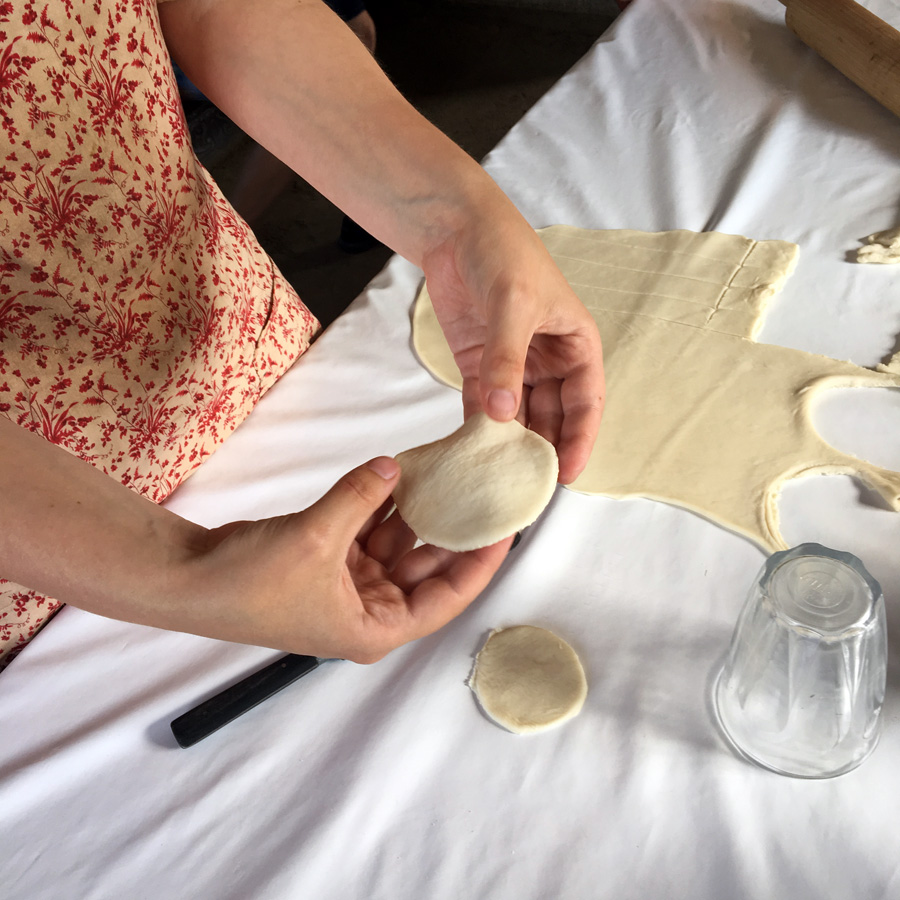 On a floured surface, roll out the dough to about 1/8 inch thickness. You can use a glass upside down to cut out circles of dough, or cut the dough into 2 inch squares. Pick up one square and gently stretch to cover the palm.

Place a heaped teaspoonful of potato on this. Pinch two diagonal corners together. Now pinch along the two remaining sides, making sure no potato mixture can escape. The result is a fat triangle. When all the pierogies are ready to cook, bring to a boil a large pot of water with a ¼ tsp salt. Drop the pierogies in a few at a time. They should take about 3-4 minutes to cook. You’ll know they’re ready because they rise to the surface.